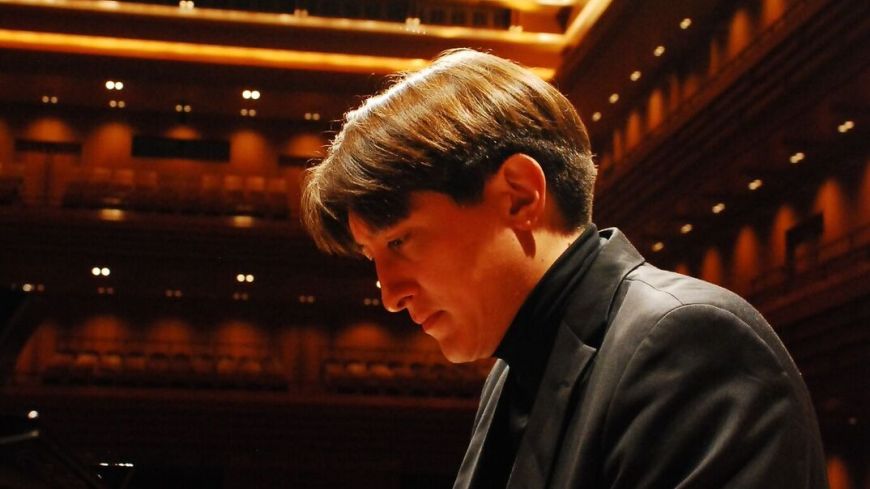 The ‘Sunday Classics’ concert at the Usher Hall last night was with the St Petersburg Philharmonic Orchestra. Yuri Termikanov, the Chief Conductor of the orchestra, had fallen ill but Vassily Sinaisky, who has had a long association with the orchestra, stepped in at the last moment to conduct the orchestra’s tour of the UK. He has a good rapport with the musicians and as he thoroughly engaged in the works he was obviously familiar with they reacted to every nuance of his conducting style.

The first composition on the programme was Rachmaninov’s Second Piano Concerto in C minor. A virtuoso pianist himself, it was written after he had recovered from a lengthy depression, precipitated by bad reviews of previous works, and it has achieved great notoriety as being one of the most popular piano concertos ever written. With its abundance of memorable themes, it is also renowned for being one of the most difficult piano concertos for any pianist to play as it has an abundance of complicated chord structures and many other challenging moments for pianists. In short, it requires technical brilliance on the part of a pianist and Freddy Kempf, who was the soloist, gave a superb performance of this concerto. He got to the essence of the musical beauty instilled in this work, and together with Sinaisky and the string musicians, who lusciously elicited the haunting romantic themes, they created a truly memorable rendition of this wonderful work. As an encore Kempf played to an appreciative audience Nikolai Kapustin’s ‘Intermezzo. A Russian/Ukrainian composer, it was steeped in classical music and jazz, a fusion of two musical mediums which displayed Kempf’s virtuosity to perfection.

The next, and final composition on the programme was Gustav Mahler’s Symphony No 4 in G major. In four movements, Mahler was inspired to write a symphony round ‘Das himmlische Leben’ – a composition he had written several years earlier set to a medieval folk poem, taken from a selection of folk poems which had an enduring effect on him. The theme of the poem is a child’s vision of Heaven. And if one held the imaginings of a child, which are frequent and transient, Mahler has captured this in the musical passages in the fourth symphony which is peppered with disjointed themes throughout. The song finally emerges in the last movement which starts in a slow, mournful way with strings and pulsating cello and double bass beats. The Irish soprano Anna Devin was the soloist. She had a beautiful clear, rich soprano voice when she hits the high notes. And in the final movement we are transported to a vision of a sleigh ride in the snow with bells jingling. And the ending is sublimely tranquil concluding as it does with throbbing harps.

Many of the talented musicians in this orchestra were featured throughout the symphony – the leader of the violin section; the horn players; the percussionists; the woodwind section. After a rapturous reception, the orchestra played an encore – a perfect rendition of ‘Amoroso’ from Prokofiev’s Cinderella.