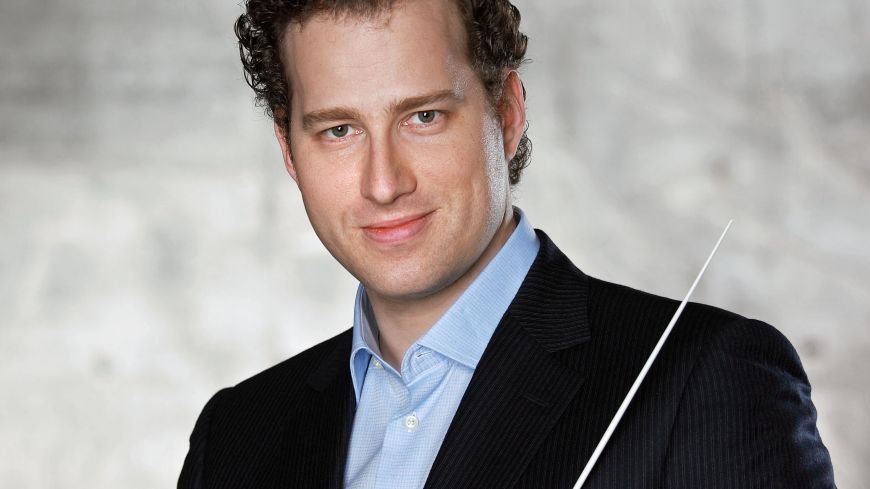 Moscow-born Alexander Scriabin's four minute Rêverie was the musically simple but enticing opening to a concert from three Russian composers. It was written for Scriabin's publisher Belyayev, his great supporter at the outset of his career. Rimsky-Korsakov conducted its first performance in 1898. What Bill Chandler told us at the pre-concert talk was extraordinary - nobody but nobody in the Orchestra knew the piece.

The second of Prokofiev's two violin concertos came some time after the first and is considered far more mature. It's a familiar and much loved work, but takes a very talented solo violin player to give it full credit. What better for us than to have Moscow-born Sergei Krylov. Bill Chandler had him as his guest in the Upper Foyer Gallery beforehand. Two violin players discussing the violin concerto was a treat. But overshadowing the conversation was the over-arching influence of the concert's conductor, 41-year-old Nikolaj Znaider, who is himself a world renowned solo violinist. We gathered that in the two days of rehearsal, violin soloist and conductor, although friends, were in awe of one another.

Following considerable applause at the end of the Prokofiev, Sergei Krylov gave us his party piece. I wasn't the only one to comment afterwards that whilst the audience was enthralled, every member of the Orchestra looked on in sheer amazement.

Tchaikovsky's Symphony No 6 Pathétique is another favourite but with a sad history - for the composer died just days after its first performance in 1893. We are left with a mystery of why the work was written. Whilst its first movement started gloomily, built up to an almighty height before dropping down, the second in five beats to the bar was taken from Russian dance. Bill Chandler had told the pre-concert talk that nobody would mind if there was applause at the end of the march which was the third movement, and so there was, although quickly quietened as Nikolaj Znaider had the Orchestra into the slow fourth. Realising Tchaikovsky's imminent death seemed appropriate as the music faded away.

A particularly fine concert of some of Russia's best known orchestral music, considerably enhanced by an inspirational conductor and fascinating soloist.