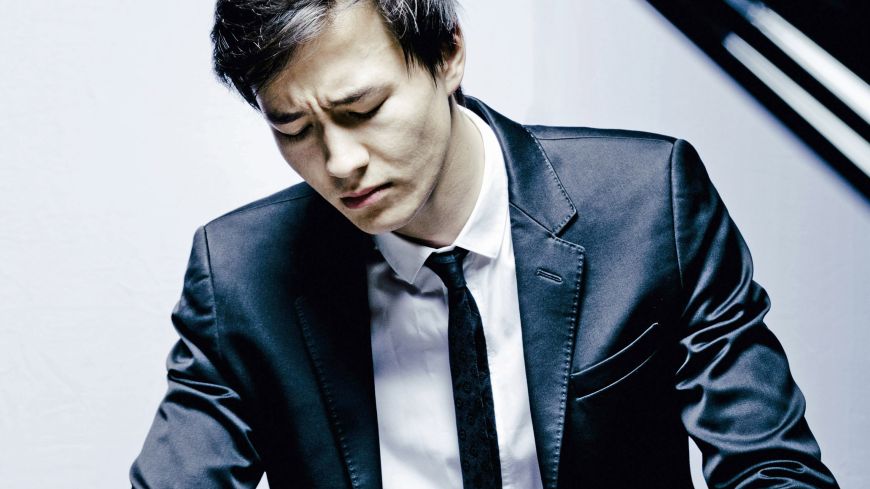 John Whitener gives a very good pre-concert talk. He is the RSNO's Principal Tuba player. If nothing else we came away from his insightful and well prepared fifteen minutes with an image of the tuba player's moments of intense glory only to be followed by anything up to thirty five minutes of waiting for the next opportunity to deliver those low notes.

The concert's conductor was Elim Chan who is about to be Chief Conductor of Sweden's NorrlandsOperan, having been Assistant Conductor of the London Symphony Orchestra. Born in Hong Kong in 1986 she studied music in Michigan and is now conducting orchestras around the world. Small in stature she was able at the end to prance around her players asking star performers to stand for their applause and seeming not to want any attention on herself. This suits an Edinburgh audience well.

Born a year after the conductor, the pianist for Beethoven's Piano Concerto No 2 was Swiss-Chinese Louis Schwizgebel. Like the conductor he has built a career around the world. It was a pleasure to watch him play and whilst far from flashy there were occasional moments of panache which endeared him to the audience. Not surprisingly his encore was also well received.

Rachmaninov's first symphony had not been a success. It was ten years before his second was ready and it was a winner, restoring the composer's confidence. I have always particularly enjoyed its third movement, and did so, the more so, in this concert.

On arrival I heard disappointment that neither the advertised conductor nor guest pianist were able to perform due to indisposition and then too the expected pre-concert speaker. As I walked out of the Usher Hall, listening to the people around me, all that was forgotten. It had been an enjoyable evening.