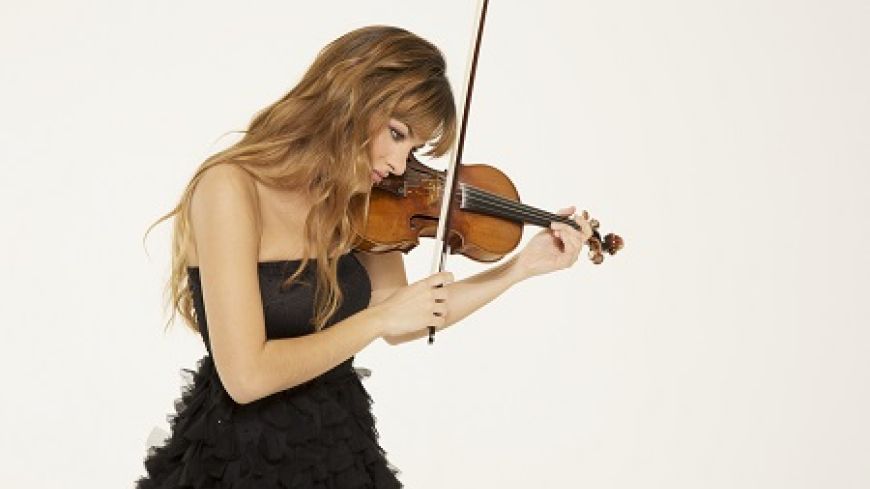 The final Friday evening concert of the year from the Royal Scottish National Orchestra began with the familiar and comfortable fanfare of Dmitri Shostakovich's Festive Overture. First heard in 1954 as Russian propaganda its roots lie in Glinka's opera overture Ruslan and Ludmila. We heard the strings take over from the rousing brass introduction and develop the theme until, seven minutes later, it ended with another great fanfare.

Several hundred of us were in the stalls for the pre-concert talk with Nicola Benedetti and Principal Flute Katherine Bryan. It narrowly missed being no more that a catch up between two very good friends, but we did learn that the Sibelius Violin Concerto Nicola was about to play had been divorced from her repertoire when she was about 22 and only reintroduced this past September. So low are many of its notes that Katherine has failed to transpose it for the flute. Asked about her busy life, Nicola was clearly excited as her educational charity goes from strength to strength. The Usher Hall was full for Nicola Benedetti's Sibelius - and the home audience really loved it.

It is perhaps understandable but disappointing that so often the first time we see a new conductor we don't get any words of introduction. He didn't feature in the pre-concert talk. This was the debut for the young German Christian Reif with the Royal Scottish National Orchestra; we wait to see if we see more of him in the future as his career develops. He certainly seemed to be in charge for Mussorgsky's Pictures at an Exhibition, described so well in the programme notes as 'This staggeringly inventive collection of descriptive miniatures'. Every section of the Orchestra was given full flow in the Ravel orchestration of Mussorgsky's magnum opus.

I'm sure the concert gave the great audience more than its money worth.