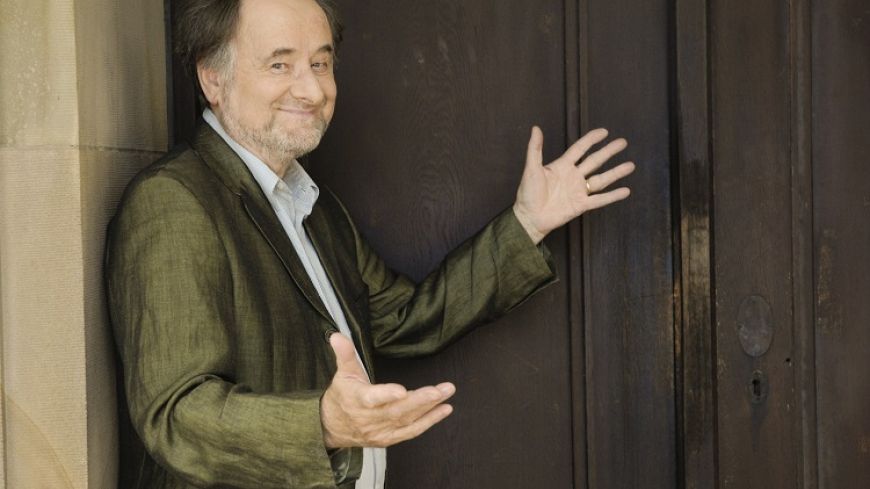 Two works by Debussy had been chosen to accompany Beethoven's Third Symphony in the Royal Scottish National Orchestra's second tribute concert to Beethoven's birth two hundred and fifty years ago. The series is entitled Beethoven Revolution. Whilst we knew we could expect something interesting in Roger Norrington's Eroica, it seemed odd to start with Debussy.

However, both Debussy works were ground breakers in their time. Bill Chandler was in conversation in the pre concert talk with Sir Roger Norrington and described their car journey to Aberdeen eighteen months ago. That's when they decided what should accompany Eroica.  Significantly, Sir Roger doesn't do Debussy - and so what we heard was fresh ground for him. Typically he had gone back to the original scores, in his time honoured fashion, to get it right.

In the opening ten minute-long Prélude à l'après-midi d'un faune Debussy imagined a faun playing his pan-pipes alone in the woods aroused by passing nymphs and naiads. The faun pursued them unsuccessfully, then wearily abandoned himself to a sleep filled with visions. Some say this ten minute Prélude marked the beginning of modern music.

The celebrated French pianist Jean-Efflam Bavouzet was back at the Usher Hall five years after his last visit to play Debussy's Fantaisie for Piano and Orchestra. Again, a ground breaking work that was first performed a year after Debussy's death. The pianist is for much of the time part of the orchestra, so much so that the audience wanted more from Jean-Efflam Bavouzet whose encore Etude de Concert in C minor, Op.13 by Gabriel Pierné was equally appreciated.

After the interval Roger Norrington, back on his podium, swung his swivel chair towards the audience to discuss what he had planned for the Eroica Symphony. The positioning of the players with the cellos and double bass in the centre were traditional, he told us. Whilst the violins and violas were seated, the rest of the Orchestra were standing at either side - in some cases facing colleagues they would normally be sitting alongside. He discussed with us the speed of play and invited applause between movements. But most importantly there would be no 'funny wobbling stuff'. And so it was, a terrific performance with the added bonus of seeing flutes, horns, clarinets and all - normally hidden behind the strings. Not everybody agrees with all that Norrington stands for but the Usher Hall audience loves him. Who else turns towards us every so often whilst conducting to be sure we are still awake, or to give us the cue to start clapping.