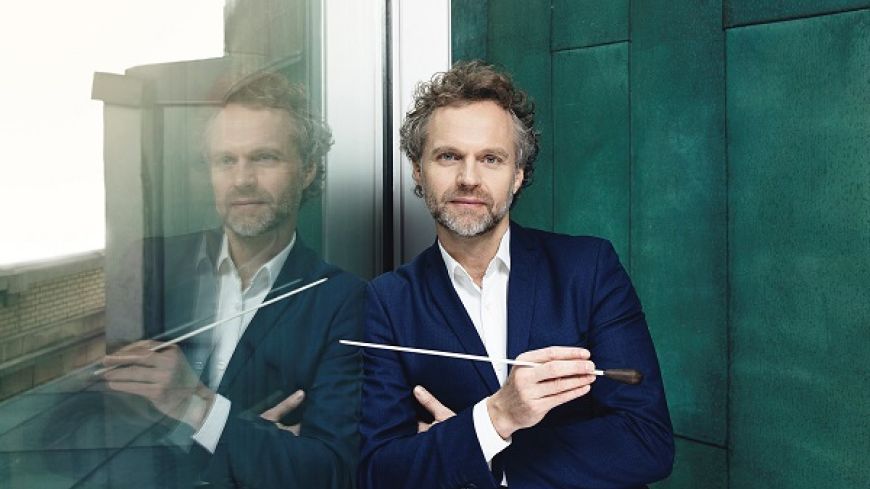 The concert began with the first ever performance of a bright and cheerful twenty minute work commissioned by the Royal Scottish National Orchestra from the American composer Paul Chihara. Called A Matter of Honour after Daniel Inouye, the highly regarded long term Senator from Hawaii who died in 2012, narrator Clyde Kusatsu interspersed passages from several well known Americans including Franklin D Roosevelt in 1924 and Ronald Reagan in 1988 - as well as thoughts from the composer.

Composer Paul Chihara was at risk of spoiling John Whitener's thunder in the pre-concert talk as an unexpected but most welcomed extra. For Chihari, born in 1938 in the United States of Japanese parents, had come to tell us about his composition and just how difficult it was, and maybe still is, for those of Japanese origin to be fully accepted in the United States. He vividly described how his father was arrested by the FBI on the night of Pearl Harbour and not seen again for three years, whilst he and the rest of his family were sent to a relocation camp until 1945. He spoke of the humour of the music he had written; I heard inspiring music depicting a pretty awful experience.

John Whitener always gives a good pre-concert talk. But this time he excelled himself. We see him with his tuba at the back of the Orchestra but he had with him three tubas - of differing pitches, B flat, C and F. It was a fascinating demonstration of all three, and a wonderful insight into the tuba world.

Russian-American pianist Olga Kern has a family connection with Rachmaninov and so her performance of his well-known Rhapsody on a Theme of Paganini seemed all the more appropriate - powerful and confident. As a complete contrast, but also Rachmaninov, was her short encore.

A few appropriate words from conductor Thomas Søndergård led us to Prokofiev's Fifth Symphony. First performed in the final months of the Second World War it could have been expected to be grim - but no, it was deliberately not angry and almost joyous at moments with a frenzied finale. Like many of the artistic community Prokofiev spent much of that War composing successfully in remote Soviet Union.

A surprisingly invigorating evening from an Orchestra that sets off in a week's time to perform in the West Coast of the United States.