Academy of St Martin in the Fields with Joshua Bell, Usher Hall, review 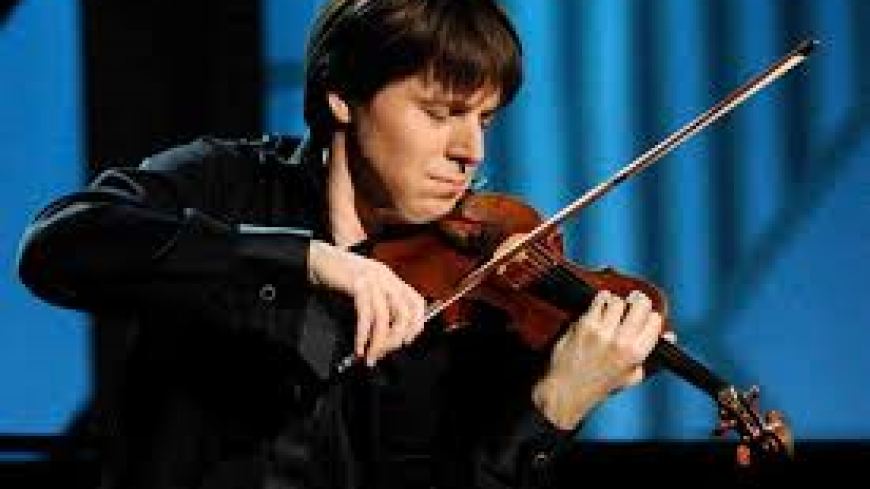 The Sunday Classics concert at the Usher Hall featured Academy of St Martin in the Fields orchestra, who are one of the most accomplished chamber orchestras in the world.  2019/2020 celebrates their 60th anniversary and Joshua Bell, who has been their Music Director since 2011, has a great rapport with the musicians.  Under his guidance, as leader and Music Director, he elicits the most marvellous crisp, and at times, brilliant interpretations of a whole variety of orchestral works.

The concert began with J S Bach’s Violin Concerto in A minor.  Joshua Bell, a virtuoso violinist, was the soloist in this challenging concerto and under his direction the orchestra launched into the first movement at a terrific pace with Bell displaying his virtuosic skills on the violin, matched by the superb playing of the musicians.  In the slow, middle, movement Bell succeeded in eliciting beautiful tenderness and in the finale, as an ensemble, they created a very impressive rendition of this popular concerto.

Next on the programme was Gustav Mahler’s arrangement of Schubert’s string quartet in D minor.  Schubert wrote this quartet at a time when he realised he was dying – he passed away three years later.  He wrote to a friend:  “Mu peace is gone, my heart is sore, I shall find it never and nevermore.”  It was against this back drop of despair that he wrote his ‘Death and the Maiden’ string quartet.  A dramatic piece, full of musical poignancy, all four movements are in minor, melancholic, keys.  Mahler was passionate about arranging string quartets for full string orchestras and what a success he made of this Schubert masterpiece by embellishing the sound to include two double basses to the body of strings.  Again, the musicians excelled in producing a wonderful range of tones highlighting the dramatic passages.

After the interval the orchestra was slimmed down to play J S Bach’s Brandenburg Concerto no 3.  The performers included three violins, three violas, three cellos and a harpsichord.  The Brandenburg concertos may be well known, but they are challenging for musicians, requiring virtuosic skills, which they all displayed admirably.  I have heard the Brandenburg concertos played on numerous occasions but never at such an invigorating pace.

To conclude the programme they chose to perform the Argentinian composer Astor Piazzolla’s ‘Four Seasons of Buenos Aires’ (Cuatro Estaciones Portenas).  Mirrored on Vivaldi’s Four Seasons, Piazzolla creates distinctly South American sultry sounds – tango beats played by the double basses and sliding strings.  An adventurous, vibrant score Piazzolla nevertheless includes some of Vivaldi’s original solo violin passages, expertly played by Joshua Bell standing at the front of the orchestra.  It was a delightful ending to an inspiring concert with an immensely talented orchestra.