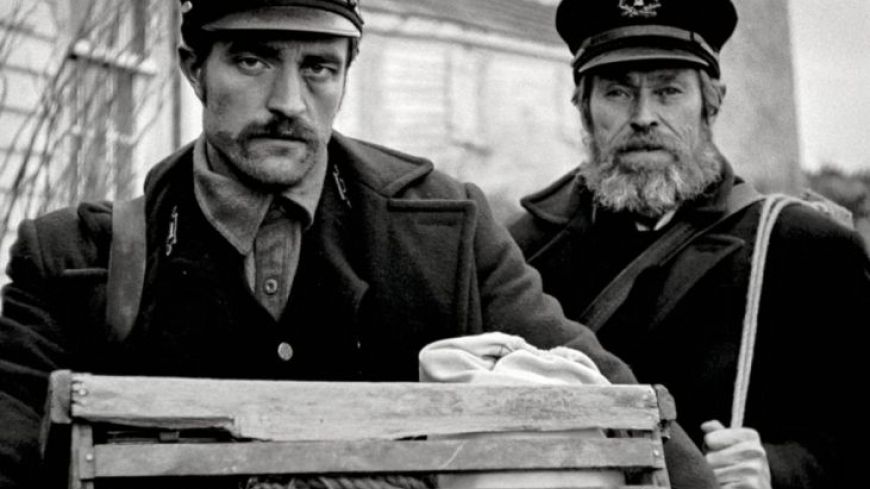 In his follow-up to The Witch (2016), writer-director Robert Eggers once again submerges his audience in creeping unease and unintelligible accents. In The Lighthouse, two maritime workers are responsible for the upkeep of a lighthouse in New England in the 1860s. The two-hander has the steadfast, severe Winslow (Robert Pattinson) and madcap seaman Wake (Willem Dafoe) trying to cling onto their own sanity as they are pitted against the elements, each other, and the growing possibility of otherworldly company on the island.

Gorgeously shot in 35mm black and white, the film often feels like it was taken from another era. Eggers and cinematographer Jarin Blaschke limit camera movements and light Pattinson and Dafoe harshly, visually upping the intensity whenever possible. A sequence where Winslow descends into the black water surrounding the island has a glimmer of artificiality, calling attention to its unreality as Pattinson exaggerates a shocked expression.

It is these two central performances that anchor The Lighthouse, and though Pattinson’s anxiety-ridden silences and awkward movements are commendable, Willem Dafoe is the real scene-stealer. His idiosyncratic use of contemporary dialect is staggering, you easily lose yourself in his rough speech and sea-shanties. He appears to have grown out of the island, he looks so at home there.

And yet, although all these elements are finely crafted and polished well, there seems to be something lacking at the heart of the film. It never really rises above ‘Promethean-myth-but-on-a-lighthouse’. It’s a slow, sometimes gruelling watch – at one point the camera rests on Winslow dragging a steel drum up the lighthouse steps one at a time, only for Wake to appear at the end to instruct him on an easier, less strenuous method he should have used. Futility plagues the film, with Winslow becoming frustrated at serving a master who he never directly sees or benefits from, but it does at times make the viewing experience unsatisfying.

The film is unique in every technical way, from the complete immersion in unfamiliar speech to the striking unflinching shots of haunting images. But you also find yourself somewhat removed from the madness onscreen, as if you can tell where the beats are going to fall on their journey into insanity. The film is sure to divide audiences, but for those fully prepared to follow the oddity and weirdness, they’ll end up wishing it had been a little more daring in what madness awaited our keepers.

The Lighthouse is now playing at Cameo Picturehouse, and at Filmhouse from Friday February 14th.