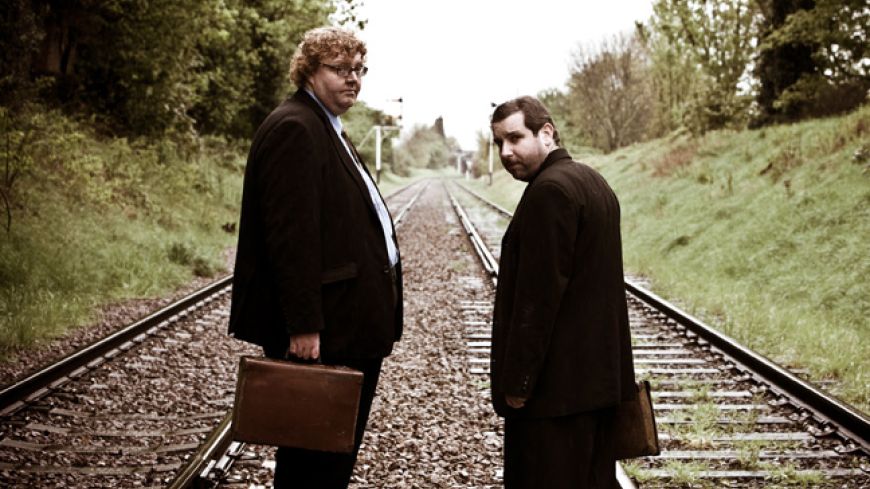 This story of supernatural self-help from writer/director, Nick Whitfield, teaches us about filling the often lonely void of emotional repression with the gentle glow of love.

Filmed on location in Derbyshire, Nottinghamshire and Leicestershire the opening frames have a quirky bleakness that belies a surprisingly heartfelt tale. Whitfield delicately draws us into a deceit that it is possible to literally remove skeletons from closets with a deliciously quirky and equally disturbing ninety minutes.

From the outset though, the loneliness of each character is framed in the Godot-esque styling of the country landscape of the English Midlands. Crooked trees sit isolated on barren moors, garden sheds burst with creepy trinkets. The rusting trawler, parked in industrial wasteland, that plays host to some emotionally surreal scenes, has an oddness that we quickly grow to be comfortable with.

There is detail in the sound and visuals that shows expert craft from a filmmaker who brought us the 12 minute Rebecca (2007), clearly drawing a lot of inspiration from this earlier piece. The soundtrack comes courtesy of Simon Whitfield, with an assortment of rusty instruments carving the audio of the piece magically.

The tale follows the paths of two Psychic Cleansers, Bennett (Andrew Buckley) and Davis (Ed Gaughan) who's obviously supernatural background is hinted at with curious dialogues about Lord Lucan and the morality of Rasputin. While the specifics are never fully explored, the aerie faerie principles this might endorse are swiftly put to one side. Their equipment is archaic, almost steam-punk, and the comic beaurocracy of Davis coupled with Bennett’s touch of humanity, make them a wonderful pairing.

There is neither the streaking madness of Gilliam here, nor the severity of Charlie Kauffman. Whitfield gives us a British tale that feels surreal while rarely being too visually indulgent. Tuppence Middleton’s assured performance as the catatonic daughter, Rebecca, fleshes out the later stages of the film, and draws us into the aspects of home and duty that dominate the piece thematically.

Gaughan’s Davis is a man with demons, poring over distant memories in a tormented self-harm. He threatens to steal the first half-hour of the piece until the plot brings in Jason Isaacs’ Colonel, whose gruffness allows us to emote with the troubled psychic.

Buckley’s Bennett is the touchstone of the piece; he casts a sympathetic shadow for us, and ties the oddities of Isaacs' character into the real world. Paprika Steen’s performance as the spaced-out mother is also noteworthy, but ultimately each character has a story to tell and they are all stories worth listening to.

I found myself quite moved by the end. The score is wonderful and the cast top-notch. I would highly recommend this piece of cinema, and suggest you look out for its general release.