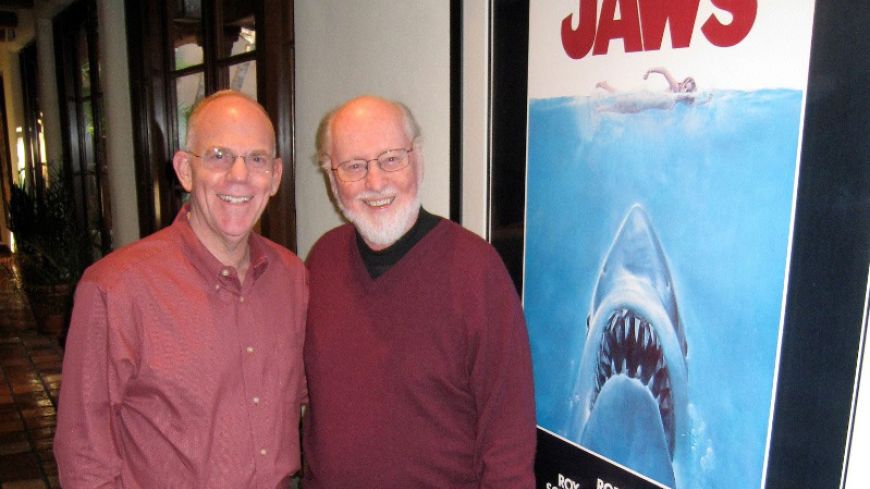 The music was introduced by the night's conductor, Richard Kaufman, who told us that as a studio violinist he had taken part in the recordings of six of the famous film scores. A friend of the composer, he let us know that John Williams, although unable to be with us, knew about our concert and had expressed surprise in his modesty that a whole evening could be devoted to his music.

The Orchestra's guest leader, Emma Steele, was the violin soloist in the Theme from Schindler's List whilst clarinet player Fraser Langton had earlier showed his talent in Viktor's Tale from The Terminal. There were memorable moments from the French horn and piano.

The brass section of the Orchestra had their glory in the one piece of music which, although very familiar, was not a film score - the music John Williams had written for the 1984 Olympics held in Los Angeles.

To the delight of the film buffs the evening ended with a first performance outside the USA of the score from the recently released Star Wars The Force Awakens. It was a delightful evening for an audience that included many families with children - perfectly behaved and enjoying every moment.