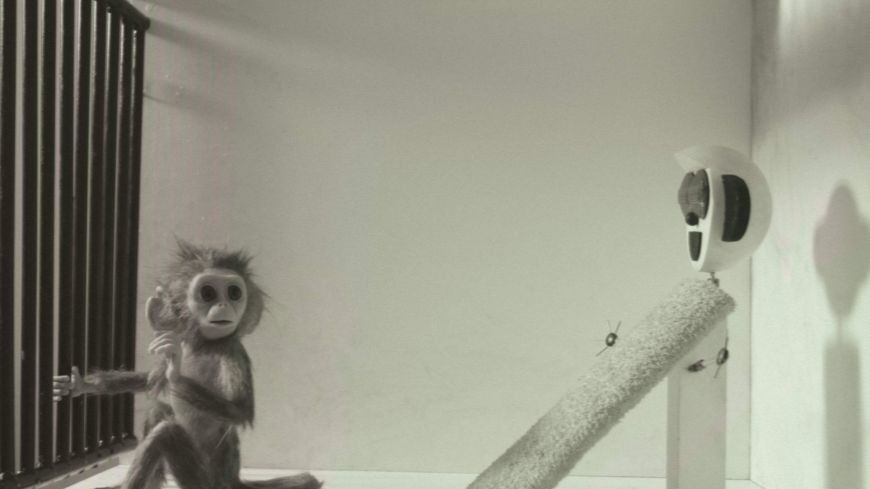 The Public Choice Awards is an opportunity for you - the viewing audience - to choose your favourite animation films from those made in the last two years. A selection of 35 of the very best of British, covering animated shorts, music videos and commercials, will be screened at various venues across the UK and the winner – your winner – will be announced at the British Animation Awards ceremony in March.

Spread over three sessions last week at the Traverse, as part of the manipulate Festival, the audience were given scorecards to rate each of the films shown. These were handed to the usher at the end of the screenings and will be collated, along with others from across the nation, at which point, no doubt, the votes will be counted and verified. Edinburgh has spoken. Now all we have to do is await the outcome. In the meantime, here’s a quick summary of some of the highlights.

Session 1, despite being the shortest, was packed with killer and little filler. ‘Monkey Love Experiments’ from Ainslie Henderson and Will Anderson draws on the psychology experiments conducted by Harlow in the 50’s and 60’s. Incorporating footage of the original moon landing, this black and white, live action animation throws up some difficult questions about animals, humans, experiments and relationships. Despite Daisy Jacob’s beautiful 2015 BAFTA-winning ‘The Bigger Picture’ also getting an airing at this screening, it was Henderson again, this time a solo piece - ‘James: Moving On’ linking birth and death through the winding and unravelling of yellow string - that was the stand-out film of this session. A mention must also go to Rory Waudby-Tolley for the utterly inspired and hilarious ‘Mr. Madila’ in which existentialism and the nature of reality are explored, tongue in cheek, through a conversation with a ‘gifted’ spiritual healer.

Session 2 opened with ‘My Dad Says’, these words repeated and appearing each time in cut-outs in the familiar font and colours of the tabloids. This film was also shown earlier in the week as one of Ross Hogg’s favourites and looks at how opinions are passed down through the generations, also suggesting how the media influences and produces our reality. ‘One of a Kind’ by Rok Predin, tracing human evolution back to the stars, is three and half minutes of animation bliss, but once again it is visions of Ainslie Henderson making puppets who make music in ‘Stems’ that dances around in your head as you wend your way home.

The final session, enjoyable though it was, contained fewer wow moments. However, ‘Bluebarry’ by Twin Trash is a witty little number that seemed to catch everyone’s attention, judging by the laughter, so too Henry Dunbar’s ‘Pollock’ that also made one stop and think for a moment. The music video of Benjamin Scheuer’s ‘Weather the Storm’, animated by Peter Baynton, is melodically uplifting and perhaps the best of this particular bunch – although after a sneaky glance around at the scores others were giving (we were all doing it!) opinions did vary widely.

In short, British animation is clearly in very good health, but based on the films presented it is Scotland, in the shape of Ainslie Henderson, who is blazing a trail to glory.