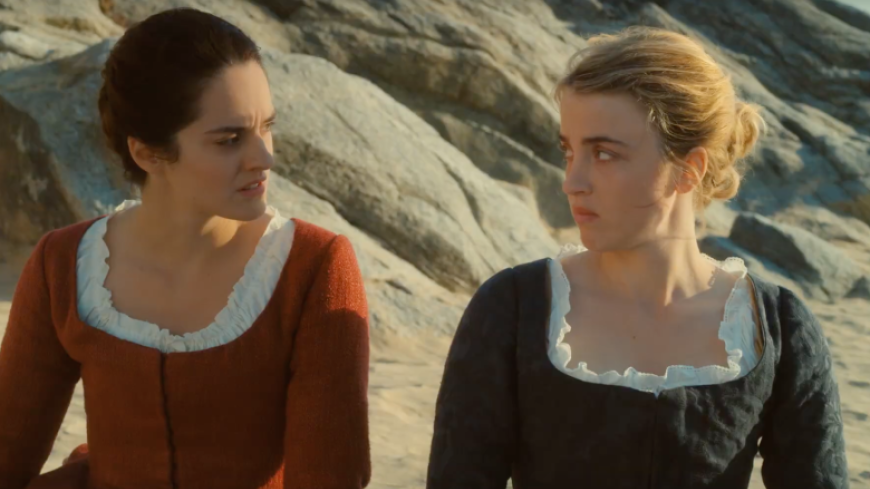 Exquisitely crafted and beautifully tender, Portrait of a Lady on Fire has deservedly been building up attention and acclamation since its Best Screenplay win at the Cannes Film Festival in 2019. Marianne (Noémie Merlant), an artist trying to break out of her father’s shadow in 18th century France, is tasked with creating a portrait of the young lady Héloïse (Adèle Haenel) that will assure her marriage to a Milanese suitor. When she arrives on the Breton coast however she is informed she must paint her unwitting subject without her knowing. The drawn-out spells of voyeurism and delicate depictions of Marianne’s painting result in a visually and thematically rich investigation of how we frame others in art, as well as a definitive cinematic treatment of the female gaze.

Writer-director Céline Sciamma and cinematographer Claire Mathon are intent on shaping and limiting what we see of the central couple. When Marianne accompanies Héloïse to the coast to steal glances for her portrait, the framing has Héloïse’s face eclipsed by Marianne’s, only becoming visible when she returns Marianne’s gaze. This forceful reflection of the scrutinising look defies the confines established by Mathon – this is not a stereotypical romance of the pursuer and the pursued.

Sciamma’s glacially paced screenplay allows room for the charged performances to breathe, with Merlant and Haenel bouncing off one another with apparent ease. The distance and divisions in their relationship soon give way to intimacy, journeying into undiscovered territory with excitement and apprehension, as Héloïse asks, “Do all lovers feel like they’re inventing something?” Emotions act like the perfect blue waves of the coast, rising and dramatically crashing before gently receding back from view.

These crashes of emotion resonate over the usual silence present throughout the film. Scratches of paintbrushes and charcoal punctuate the muted ruffles of clothes and timid movement of wind. The majority of the film’s music is diegetic – performed within the reality of the scene. Marianne’s amateur recital of Vivaldi on the harpsichord for Héloïse’s listening pleasure is echoed later by a professional orchestra – and the full bombastic voice of what was once such a quiet and personal moment pushes Héloïse to both tears and laughter. We attach ourselves to art through memory, Sciamma tells us.

Our characters are shrewd, with a growing self-awareness as the film progresses. When Héloïse demands Marianne looks at her, she looks down the barrel of the camera that Marianne has used to frame and define Héloïse. Looking at the lens challenges the expected power dynamic between a painter and their model, as Héloïse snaps, “Now you possess me a little, you bear me a grudge”, recalling a centuries-old superstition that photographing someone would steal a fragment of the subject’s soul.

While classical allusions to Orpheus and Eurydice may seem a little heavy-handed, it reinforces the characters’ recognition of their own existence within a narrative. Portrait is a story of an artist trapped in a work of art herself – and as the film draws to a close, she can feel the ending looming. Sciamma’s deft direction commands nuanced performances to give life to her striking characters, and has impeccably captured a romance that itself questions what we can capture through art.