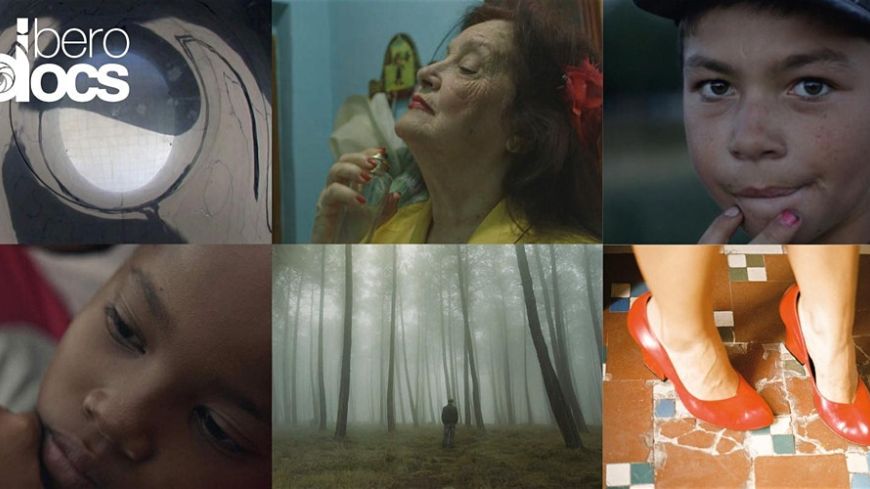 The thin line separating isolation and community is at the heart of IberoDocs 2020’s short film programme. Lone figures populate stark landscapes; some climb hills to survey a vast, empty kingdom while others blare music out their car and dance to no spectators but the camera. A strong case is made in each film to listen to the forgotten and voiceless who persist every day in their unique way of life. While a lack of context in some films robs them of the emotional grounding their subjects deserve, this is a commendable selection of shorts that flow easily from one to another, picking up themes that the previous film left off.

The similarities are clear between Wild Berries (dir. Marianna Vas & Hedda Bednarszky) and Outside the Oranges are Blooming (dir. Nevena Desivojević). They both comprise of quiet meditative investigations of their lone subjects, exploring to what extent they are moulded by their empty environment. The former follows a young child playing in Romanian sunflower fields, picking seeds and berries, the latter features a listless man in a desolate village surrounded by forest and fog. Wild Berries suffers from an unfortunate lack of focus, making it feel aimless and undynamic, whereas Oranges lasers in on its central character to make a quietly humorous and increasingly melancholic watch. Its subject, Jose, takes ownership over the decrepit landscape he resides in – he is a proud and obnoxious man utterly resistant to the documentary being made of him. “Don’t shoot!” he jabs at the filmmaker’s camerawork, trying to get a reaction. “You are pointing that gun at me.”

While the films all tie together, the movement from one to another sometimes has an unsettling and jarring effect. With the first two shorts, Viva Bailando (dir. Inma de Reyes) and Selfie (dir. Nayra Sanz), we shift from a charming depiction of elderly romance in rural Spain to an experimental film shot through the distorted reflections of the Chicago Cloud Gate sculpture with an accompanying ominous soundscape. Viva Bailando’s eccentric and animated lovebirds, Cari and Vicente, are the only signs of life we see in their abandoned town, filling the empty streets with a vibrancy and humour that echoes along the streets. By contrast, the Millennium Park in Selfie is nearly completely barren, what is meant to be a thriving metropolis is devoid of any signs of life. A stolid voiceover from train announcers are the only voices heard, reinforcing its technological lifelessness. The technology that appears in Viva Bailando is a toy parrot that repeats back what’s said to it in a high-pitched squawk, and it sends the couple into heart-warming hysterical laughter. Where Selfie’s populous have been displaced by technological modernisation, Cari and Vicente resist being made to vacate their environment through a good-humoured, all-dancing celebration of youth.

The personal and the atmospheric blend seamlessly in the gem of the programme – Dulce (dir. Guille Isa and Angello Faccini). In coastal Colombia, a young girl is taught to swim by her stern but caring mother so she can join them on shellfish collecting expeditions with the threat of rising ecological damage hanging above them. Careful, resting shots capture Dulce’s resistance to swimming and subsequent envy of her peers enjoying themselves in the water, letting her internal conflict play out on her expressive face. “If you hold onto me, you won’t learn to swim,” her mother plainly tells her, and the miniature coming-of-age film that follows is touching and compelling. The individual films stand strongly by themselves, but together they underline strong thematic resonance, making this another success for IberoDocs.