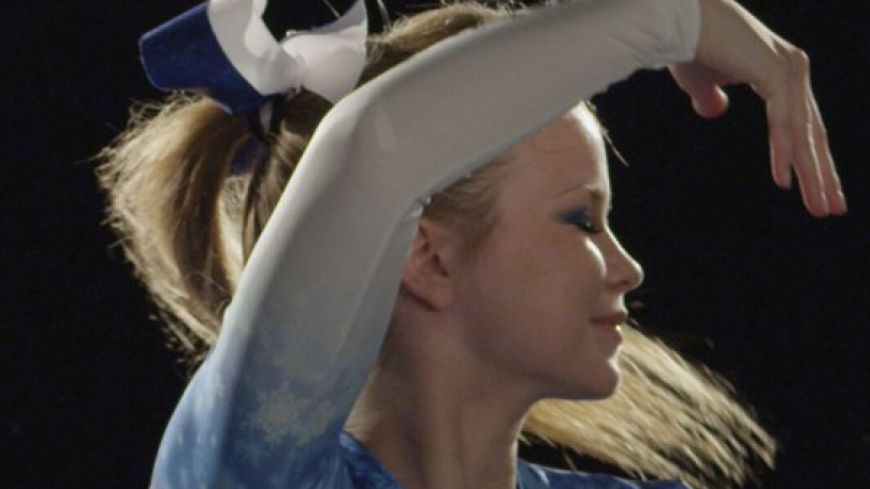 'I wanted to make an Ingmar Bergman film about and for teenagers' joked Canadian director Christy Garland during the Q&A that followed the first UK screening last night. Her third documentary feature Cheer Up is an often remarkable and surprisingly gripping piece of social observation documenting the trials and tribulations of a Finnish cheerleading team.

Filmed over three years the film charts the very intimate and personal, behind-the-scenes lives of the team's ambitious coach, Mia, and two of her students Patu and Aino.

Until now my only experience of cheerleaders is the enjoyably energetic and frequently silly Kirsten Dunst vehicle Bring it On, a riotous Hollywood comedy of sorority squabbles, entertaining dance choreography and impossible acrobatics. Surely real cheerleading teams don't take it that seriously?

Cheer Up's opening scene made me wonder if I was about to watch the documentary equivalent.

Reminiscent of the opening shots of Billy Elliot when a young Jamie Bell's aspiring dancer soars in slow motion through the air, Cheer Up's first five minutes made me think I was going to be watching a similar story with a nice fairytale ending.

But the opening sequence is where that comparison ends.

It's beautiful but cold and grim up North in The Arctic Circle where our coach and students glumly resign themselves to repeatedly coming last in national competitions. Teenagers we expect to be gothic and moody at times but the very likeable and unwitting stars Patu and Aino have very real, very normal troubles in their personal lives as does coach Mia, with unresolved emotional conflicts which seep into the fabric of the team's confidence and performance.

It's also remarkable just how tough and physical cheerleading practise is. It doesn't just require concentration, strength and stamina, it can be dangerous too and director Garland has caught a few nasty moments, both of injury and emotional distress that makes you wonder - is it really worth it? What social pressures drives teenage girls (and guys as it turns out) to endure such a long term struggle, to seek such perfection and risk a bloody nose in the process?

The answer unfolds gradually and it comes in the form of one word: 'family'. The issue is not pushy parents driving their kids to be the best but the need to be part of a family like structure and the cheerleading team provides a kind of surrogate structure whose behaviour reflects the real life dysfunctional family issues back home.

Patu is still trying to come to terms with the loss of her mother and a new family dynamic unfolding around her. Aino is beginning to realise she's hanging out in an unsupportive relationship and circle of friends. Coach Mia pretends to herself she doesn't want love in her life whilst pursuing romance with a stranger on social media.

This is where the film's power comes from, expertly weaving the home life issues into the bigger picture. It was at times quite unfathomable to me how the filmmakers got so close to their three chief characters. I felt the lines between documentary and docudrama must have been blurred as I watched and assumed some of the very personal and intimate revelations had been staged or recreated. But the director and producer Liisa Juntunen on hand after the screening explained that these characters genuinely trusted the filmmakers and opened up to them. They explained as well that the language barrier during filming often meant they didn't even know what was being said on camera until it was interpreted afterwards.

This a very humane, moving and delicate piece of work documenting both teenage and adult rites of passage. And despite its frequently quiet and subtle core it's laced with enough humour and unexpected turns of events to keep it entertaining and, I found, lingering long in the mind afterwards.