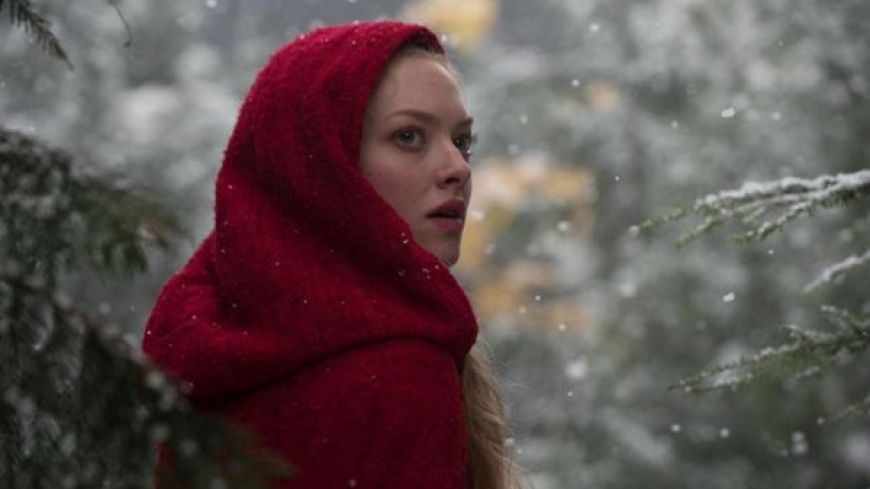 I must apologise for making Red Riding Hood  film of the week. Due to reasons of mild incompetence, it’s the only film of a mostly promising cluster I managed to catch.

Having missed the preview I caught the first public screening and it’s worth noting the school holidays are on, meaning there are thousands of bored teenagers around with plenty of time on their hands. The same teenagers who queued around the block throughout the world to pack out every screening of Twilight, directed by Catherine Hardwicke who also takes the reins here.

Twilight was a phenomenon, triggering a trend for teen oriented pap aimed at the ‘sexy but safe’ brigade, but nevertheless well made and entertaining enough for the rest of us. So it makes sense that the same moody teens who thought Twilight their own souls reflection would stampede to this latest incarnation. I wasn’t looking forward to the braying hormonal mob I’d have to endure in the hell that is multiplex pit number forty seven. And then I walked in.

There was no one else there. Not one person.

Never before have I been alone in a cinema. Perhaps the ongoing Edinburgh Science Festival is just a whole lot more fun. Actually it is, I’ve been. I saw a science boffin levitating a superconductor cooled with liquid nitrogen. Awesome. The kids didn’t think much of it, but what do they know. I couldn’t stop talking about it afterwards in the back of the car as I ate my ice cream and the kids drove me home telling me to be quiet.

Where was I? Oh yes, Red Riding Hood. God it’s so unrelentingly boring. If the Governator himself had turned up half way through and wasted the entire cast with a huge gattling gun I’d have done cartwheels up and down the aisles and written to every Californian demanding he be reinstated.

Twenty minutes in my gaze diverted upwards from the screen and I started to wonder if I could make the ceiling tiles levitate above my hand. If only I had a tall ladder, a screwdriver, a tank of liquid nitrogen and a small magnet then I would find out. I got up for a stretch and walked around a bit.

Then I remembered Roberto Beningni’s victory walk across the tops of all the seats at the Oscar ceremony in 1999. I decided to give it a go. The VIP seats are quite supportive but when I got to the standard rows I found it a little trickier. I eventually plunged head first into a leftover popcorn bucket with a loud ‘wahey!’ and landed on my backside.

Then I made a paper aeroplane from a discarded magazine and flew it back and forth in front of the projector beam, watching the shadows it made on the screen. Then I sat in every single seat one after the other timing how long it took to do that on my mobile phone. 9 minutes 37 seconds.

What I remember is that Red Riding Hood (Amanda Seyfried) is very pretty. She lives in a wee medieval village somewhere and is torn between two different male models that can't act. The first ten minutes are a cross between a flake advert and a Timotei shampoo commercial. Oh and there’s a werewolf about. Werewolf Bad. Werewolf kill expendable extras.

But then Gary Oldman shows up to save and then enslave the village. Hurrah for Gary Oldman. He acts the pants off the entire cast just by existing. He lifts the film in every scene he’s in but cannot save it. And thumbs up too to Julie Christie as Hood’s sinister Grandma. Is she a witch? Is she the werewolf? Who cares, its Julie Christie and that’s all that matters. She makes a great panto villain.

I realise I’m being cruel at the expense of everyone involved but I feel sorry for Hardwicke for she’s a talented director. Her debut Thirteen wouldn’t have been my film of the week when it came out in 2003, it would have been my film of the year. A brutally honest, insightful and moving story made with documentary realism. Perhaps Hardwicke needs to return to those roots and that kind of material.

Who knows what went on behind the scenes here but Red Riding Hood’s most glaring deficiency is an appalling script. There’s the odd nice shot, some of the art direction’s notable and the werewolf’s not bad but I just didn’t care about a single character. Instead I recommend you rediscover Neil Jordan’s The Company of Wolves, a dark, sexy and thrilling variation of the tale, everything that this should have been but isn’t.