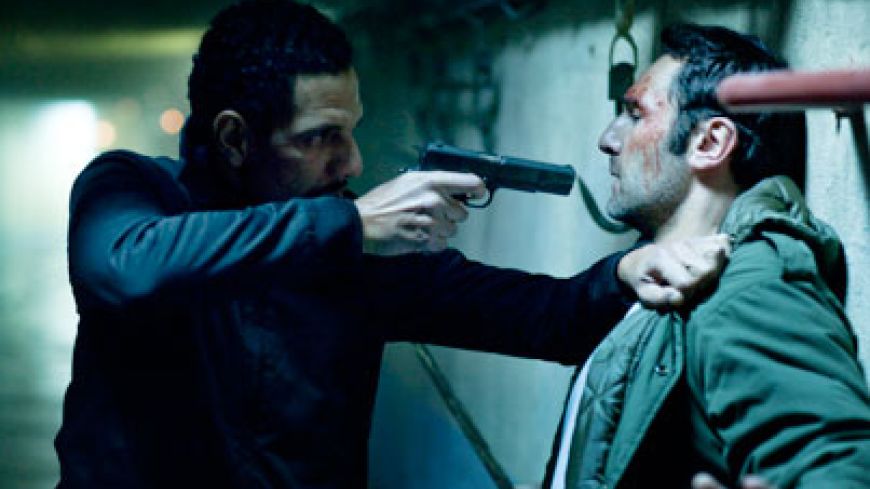 Looking across today’s billboards the choices were not rich. It was all sequels, 3D animated sequels sometimes, but sequels none the less. Oh and indeed, there was even something by one of the many, many directors of the SAW franchise. But I did not despair, my dear cinema-going public, for I had you to think of. Joyously for us both, the French in their infinite wisdom, had decided that the 10th on June should be the UK release date for Fred Cavaye’s latest offering.

You might know Cavaye from 2008’s Anything For Her, a crime thriller perhaps akin to Die Hard, but with subtitles. It would later re-surface as The Next Three Days a remake with Russell Crowe playing the lead. Given that he has developed a reputation for making films about ordinary chaps forced into situations where they must do extraordinary things I figured I had a fair idea of what to expect from Point Blank from the start. So how did it scrub up?

Gilles Lellouche plays the incredibly ordinary Samuel, so ordinary in fact that he is a male nurse, in fact he is in training to be a male nurse. A profession usually reserved for comic relief in Doctor Who episodes, but perhaps Cavaye is attempting to bring some credibility back to a job that – if Point Blank is to be believed – carries no small amount of derringd-do. Anyway, Samuel’s wife Nadia, played ably by Elena Anaya, gets in a spot of bother and proves to be the catalyst for this particular medical professional’s journey of discovery.

Thus the plot is set for a fairly predictable ‘Man vs. World’ rollercoaster. Samuel is not as alone as it seems though, and by the half hour mark all the pieces are in place for a plot as twisty and turny as a twisty turny thing. The whole caper takes a shot of adrenaline, thanks to Roschdy Zem’s Hugo. Additionally, owing to an unexplained crime spree, the blur of inappropriate smoking practises and leather-jacket-villainy turns itself up to eleven while chaos reigns on the Peugeot-filled streets of Cavaye’s France.

There is nothing here that hasn’t been done before, but what you do get is a well put together piece of crime drama. The old adage that ‘a good police force puts away more criminals than it employs’ seems to run through most French cop movies and this is no exception. There are some pretty torrid scene for a 15 rating, but all in all it goes too fast for you to stop and think very often, Expect the American remake to come sometime soon, and thank your stars it’s not a sequel.

Point Blank is showing at The Cameo, Home Street, Edinburgh in Cameo 3 until Thursday 16th June.

Dylan Matthew will be back next week.