Film of the Week: Perfect Sense 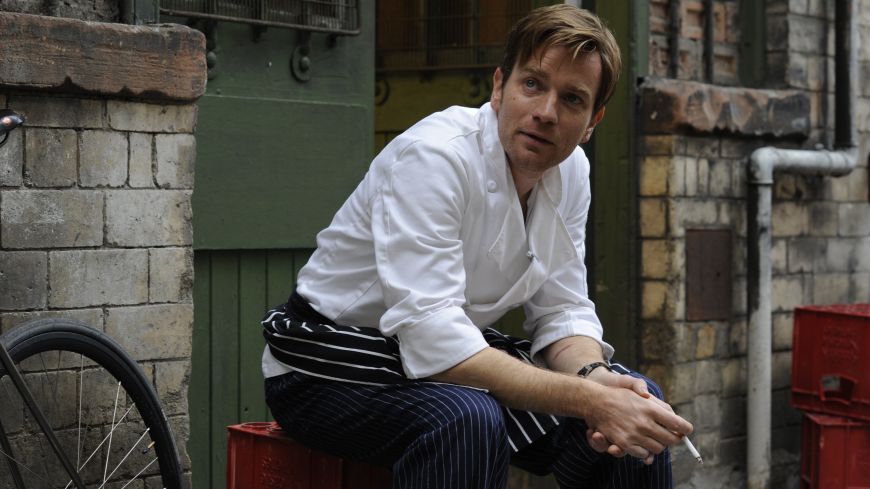 Since the Edinburgh International Film Festival is under way it seems only fitting that EG's Film Of The Week should focus on one its highlights.

This is a boldly offbeat, original and ambitious departure for Scottish film-maker David Mackenzie, a regular presence at the Edinburgh Film Festival over the years with his various uncompromising takes on alienation, awkward intimacy, and shared suffering.

And whilst those themes are still very evident here, Perfect Sense is a richer, more polished and complex beast to digest with interesting ideas working on several levels and which linger in the mind long after the credits have rolled.

In what worryingly felt like a dimly realistic and plausible near future scenario, man-made pollution triggers a global ecological catastrophe unfolding slowly in initially bemusing and gradual steps for both individuals and society at large.

It could be an epic apocalyptic science fiction tale and on one level it is, but the grand scale of events taking place globally essentially forms the backdrop to an intimate study of two troubled souls falling in love. Ewan McGregor plays Michael, the head chef at a classy Glaswegian restaurant who on a cigarette break one-day spots epidemiologist Susan (Eva Green) lingering at her window.

Their gradual rapport slowly evolves into an intense relationship but with a cruel sense of timing as something else evolves in the world around them too. Alarm bells begin to ring in the medical and scientific community as increasing numbers of people across the planet experience outbursts of grief followed by losing their sense of smell.

If it sounds both disturbing and bordering on the comical then it is to begin with, and some humour and fun is to be had as characters cope with the loss of one of their senses. Much is made of the way in which people compensate for the loss of a sensation by increasing the intensity of their remaining ones.

But it’s a deceptive tone and the first half of the film lays down the ground rules for how things ultimately develop on a worldwide scale, although it’s depicted in microcosmic form.

Once things eventually move up a notch and the viewer realises how events will manifest - what was initially bemusing, intriguing and quirky suddenly becomes painfully worrying and ultimately by the end, very moving indeed.

In some ways Perfect Sense could simply be seen as an allegory for what it’s like to grow old whilst losing ones faculties, something we don’t like to linger on yet we know is coming. It also makes one think about how the things that make us human we take for granted. One of the film’s achievements is it forces the viewer to think ahead about how the characters will feel and cope with what we know is coming.

In that sense it reminded me somewhat of Mark Romanek’s adaptation of Kazuo Ishiguro’s Never Let Me Go, whose dystopian parallel world view of society also depicted the life cycle of a pair of star crossed lovers and the full range of emotions experienced by their characters regardless of the short length of their lives. And also of Thomas Vinterberg's It's All About Love, an underrated and offbeat take on doomed love as the world falls apart from some unspecified catastrophe.

This is Mackenzie’s best film to date although I’m still a big admirer of Young Adam, which also starred Ewan McGregor in one of his best roles. It obviously wasn’t a fluke for under Mackenzie’s eye, McGregor is once again on top form in a down to earth and subtle performance peppered with moments of moving despair and rage.

Eva Green is also excellent as his soul’s mirror and the onscreen chemistry is palatable. There’s also notable support from Ewen Bremner as McGregor’s cheeky assistant and their working banter and behaviour made me think the whole film might have been just as interesting had it been entirely set in Michael’s restaurant.

It’s also Mackenzie’s most cinematic work to date. With an elegant and moody score, some great locations, powerful montages and a couple of boldly bizarre scenes where characters lose the plot (you wont forget the ‘hungry scene’). It’s a quirky and original take on an established genre with many inventive touches and plenty of provocative food for thought.

The UK premiere of Perfect Sense is on Saturday 18th June 7.45pm Cameo Cinema. There is an additional public screening on Sunday 19th June at 22.10pm also at the Cameo.