Film of the Week: Miss Bala 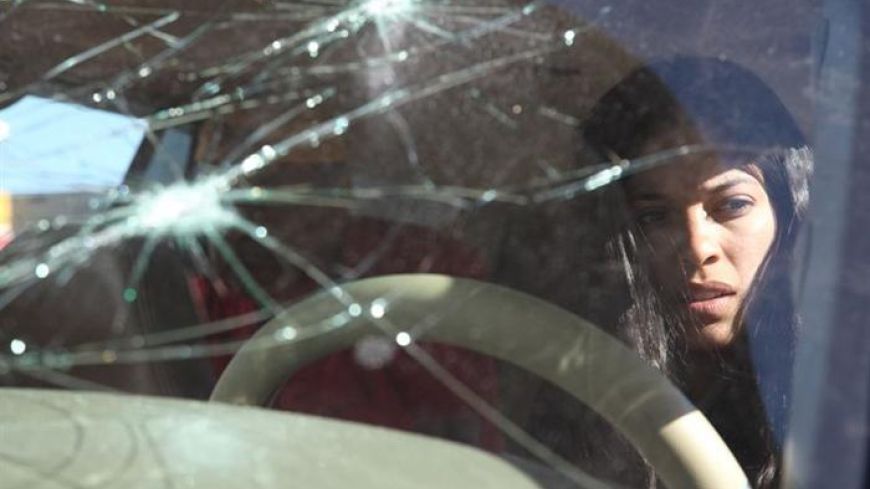 Loosely based on a real life episode, Miss Bala marks the arrival of distinctly original directorial voice in Mexican helmer Gerardo Naranjo. This is a blistering portrayal of the Mexican drug wars and state corruption which has claimed the lives of thousands in unspeakably brutal fashion in recent years.

What’s original and refreshing is Miss Bala is not your typical gang warfare flick as in City of God (of which it's mildly reminiscent) for all its events are seen through the eyes of one hapless victim unwittingly and unwillingly dragged into that arena.

Living in a poor suburban neighbourhood in Tijuana with her father and young brother is the strikingly attractive yet downbeat Laura Guerrero (Stephanie Sigman) dreaming, perhaps unrealistically, of being a model. Her wall is covered with iconic faces like Marilyn Monroe and Madonna. One day she queues up with dozens of hopefuls for an audition to be entered into the nationally televised beauty pageant Miss Bala with her best friend Suzy and they both scrape through to the next round.

Later that night whilst celebrating in an underworld nightclub, an armed drug cartel storm the venue and a massacre ensues. Laura escapes and the next day she frantically tries to locate her friend, not knowing her fate. Putting her trust in a local cop, she is promptly delivered by him to the very gang she saw the night before. Rather than kill her as a witness and perhaps because he takes a shine to her, the gang leader (the quite brilliantly sleazy Noe Hernandez) forces her to become his drug mule.

And so begins a nightmarish descent into hell as she’s caught between corrupt policemen, the drug gang, law enforcement officials and the army, all the while trying to maintain her home life without arousing suspicion and bizarrely, being forcibly entered into the beauty pageant by the gang she now works for.

Sigman is excellent as Guerrero. It’s a realistically understated, often-blank faced performance of a young woman in a state of numb shock as she unwillingly goes along with whatever fate throws at her. In some ways it’s a morality tale along the lines of ‘be careful what you wish for’ in that she ostensibly achieves her aim of becoming famous, just not in the manner she wished.

Miss Bala also depicts the dividing line between daydream reality and actual reality. The real world is harsh, brutal and inescapable; the fantasy world is a bland bubble of naff idealism principally told via the gaudy fake showbiz world of glamour with its contestants proclaiming virtues of kindness, tolerance and world peace while out in the real world all hell is breaking loose.

It’s not an action packed film as one might expect from the subject matter but it does have two or three splendid set pieces and the way they’re realised really marks out Naranjo’s original take on convention.

In one particularly extraordinary sequence, Laura unintentionally drives into the middle of a huge gun battle. The entire sequence is shown from her point of view as she initially cowers in her vehicle. She’s pulled to safety and frog marched past the battle taking place behind her. It isn’t shown as a typical piece of action choreography, it's all done in one long slow take and it's all happening over there somewhere. What’s also remarkable about this scene is why she’s being rescued and where she ends up next.

It’s a tale full of fascinating detail of the way in which people behave, of real life paradoxes and split second life altering decisions, some of which lead to Lynchian like absurdities and others to tensely won brief moments of peace. But if I detected one film that Naranjo has perhaps drawn from its Michael Mann’s splendid tale of male bonding in his brilliant action thriller Heat. Although this film is essentially a solo female act, much of the brief action set pieces and blurring of the boundaries between good and bad reminded me of Mann’s world of tormented souls fighting to be connected to a better world whilst enduring hell along the way.

It’s perhaps a little overlong and drags a tad towards the end but it has a strong central performance with a highly original take on an old story. It's also nicely shot with some excellent sound design. Miss Bala has already been selected as Mexico's entry into the forthcoming Academy Awards for Best Foreign Language Film and without having seen the competition I'd reckon its a strong contender. Naranjo is an emerging talent to keep an eye on.