Film of the Week: I Am Number Four 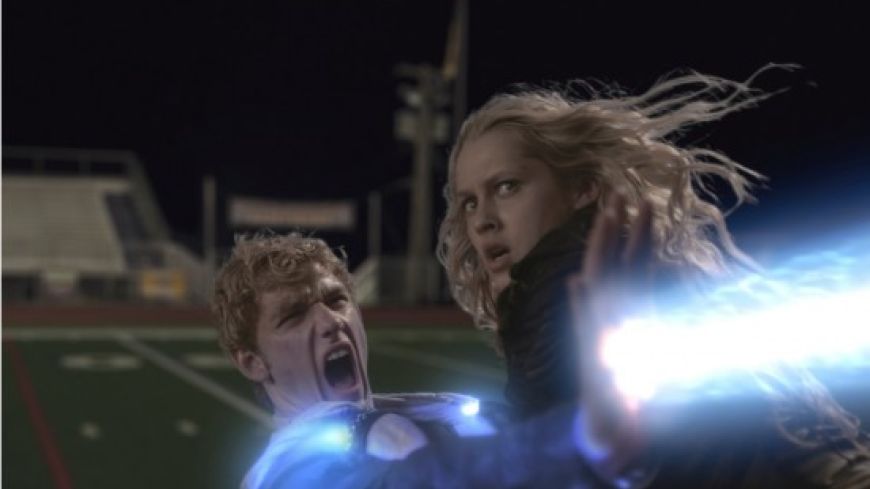 I Am Number Four is ‘film of the week’ by virtue of there being little else to choose from, for occasionally rising above rambling incoherence to provide moments of interest.

As formulaic as it is, it had the potential to develop in an interesting direction if only it had chosen one. It’s a peculiar hybrid of Smallville, the X Files and towards the end, morphs into Buffy as a team of plucky wise cracking teens battle vampire-esque aliens in high school corridors.

It feels like a film that’s been meddled with by executives and continually adjusted by test screenings. Every time a character or storyline picked up you felt the curse of the convention monster slap an ACCESS DENIED stamp in red letters across the script, forcing it to meet a particular demographic and deliver some choice images for a completely misleading trailer.

The ‘plot’ concerns John Smith (Alex Pettyfer), one of the last of his race from a distant planet, imbued with powers that make him a Clark Kent cum X Men style Jedi with telekinetic powers. He’s laying low, hiding out among us, for naturally a race of pantomime alien villains who don’t have any discernible powers (but do have enormous black guns with glowing red bullets) have followed his kind to Earth in a bid to wipe out his race. You can tell they’re the bad guys because they’re ugly, bald-headed men with scary tattoos, piranha style teeth and long dark coats.

In one delightful scene they kill an X Files style conspiracy theorist by stuffing a metal ball with rotating blades down his throat. Just charming and because it’s bloodless, the film gets a 12A meaning oh joy of joys you could take your six-year old nephew along. Somewhere executives are high-fiving each other, rubbing their hands as they await the box office figures. There won’t be any.

There were exactly three scenes that interested me, the first when our alienated hero trying to fit into society finds himself drawn into a romance with a student photographer. He gets involved briefly with her family and there’s some nice stuff about using old SLR’s with black and white film, documenting the world around you and… ACCESS DENIED. In comes the psycho ex boyfriend, some random action and acceptable but not outstanding special effects. Shame, it was just getting interesting.

I also quite liked a variation on a ghost train fairground ride. Here it’s the ‘hayride of horror’ in a forest as Smith takes a drive on a tractor through a scary performance art horror theme park, a nice idea in itself. And finally the big showdown is quite satisfying in its laser-blasting sword-fighting destruction of school property. Yet not one smoke alarm goes off and no neighbours or passers-by seem disturbed by the explosive racket. Incredible.

But for these moments there are equally odd omissions. Like explaining why the bad aliens are after the good ones. There’s also a sexy blonde guardian who appears briefly twice before coming to the rescue at the end, ablaze with weapons and glowing light. And inexplicably, the formerly psycho ex-boyfriend turns up at the end and is really nice for no apparent reason as if an explanatory scene had hit the cutting room floor.

If you’re between 12 and 30 and you’re really into this kind of stuff then it’s possibly worth a gamble, but I Am Number Four is just one number more than the number of its decent scenes. It won’t be counted amongst the greats or even the good of cinema.