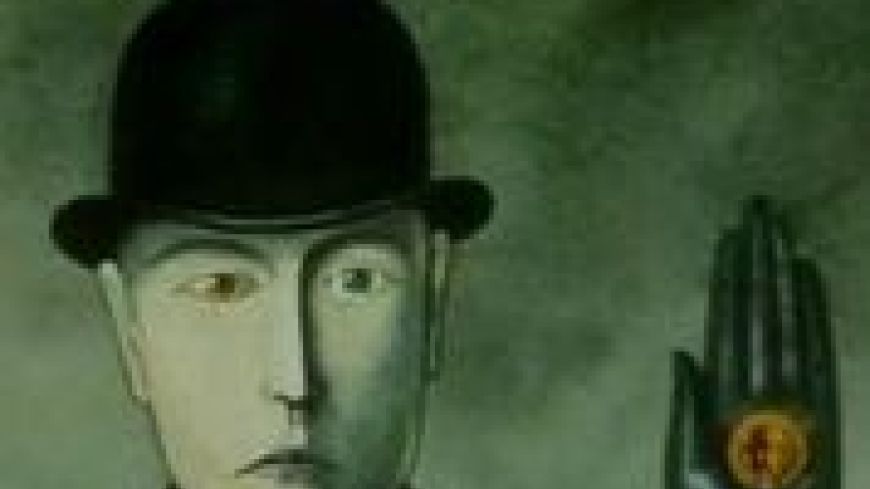 There’s always a bit of a buzz at the manipulate Festival for those special occasions when current leading animators present a selection of work that has inspired them, followed by a short interview and some questions from the audience. This evening sees the return of leading Estonian animator Ulo Pikkov (last here in 2015) who presents a much-anticipated bill entitled Fighting Modernists.

Unfortunately, as we all take our seats, a fire alarm goes off and after more than an hour hopping about in the freezing January bitter wind, it is a somewhat depleted audience that finally settles down to enjoy the entertainment. However, as the Festival’s Artistic Director, Simon Hart, points out, only a relatively small percentage of seats are vacant and for that we are to be congratulated. Those of us still left standing (or sitting actually) know that it is for Pikkov we have stayed and it is he who deserves the congratulations.

That aside, having been introduced by Hart, Pikkov briefly explains that he is currently engaged in a Ph.D about animation films from the Soviet era, and the films he has chosen to show this evening – five in total – are by animators working in the Soviet Bloc prior to the 1980s. Pikkov (and Priit Parn before him) have both spoken very movingly of how all films produced while under Soviet rule were specifically made for use as tools of propaganda. That some animators were yet able to make films that subverted the Soviet message, while taking care not to get caught, is both thrilling and inspirational.

Ersatz/Surogat, a fabulously fun short by Yugoslavian animator Dusan Vukotic, was apparently the first non-American animated film to win an Oscar and is described by Pikkov as ‘an absolute game-changer’. The dark and disquieting Hand, by Czechoslovakian animator Jiri Trnka (known as ‘the Walt Disney of Eastern Europe), was banned due to being perceived as critical of the State and was to be the last film he ever made. These two stand out among the other giants this evening.

The Q&A session is understandably brief due to the 80 minute delay, yet fascinating as ever as Pikkov talks us through the censorship, codes and categorisation restricting the making of the films we have seen. This leaves you feeling even more in awe of the diversity of ways in which these animators managed to wriggle free of the shackles that threatened to stifle their creative urges. Empowering, subversive and inspirational!