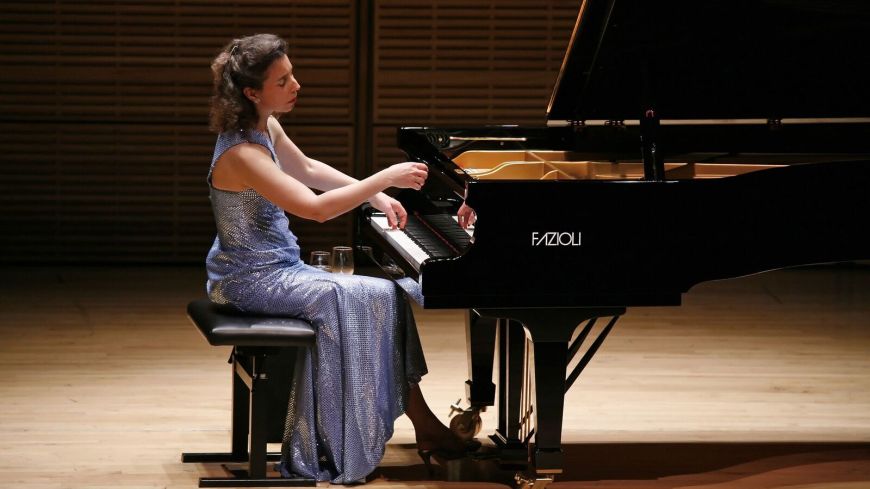 Last night’s concert, as part of the Sunday Classics series at the Usher Hall, was with the acclaimed Vienna Tonkunstler Orchestra. The flamboyant Japanese conductor Yutaka Sado has been their music director since the 2015 season.

A protégé of Leonard Bernstein, one of the most adventurous composers of the twentieth century, the varied programme began with his ‘Three Dance Episodes from On the Town.’ The first dance, The Great Love, incorporated dynamic contrapuntal rhythms which the musicians performed with great aplomb. As the title suggested, Lonely Town – Pas de Deux, the next dance was mellow by comparison with mournful muted jazz passages and the final dance – Times Square – was an inventive composition illustrating the frenetic atmosphere associated with this landmark location in New York. The dance pieces also demonstrated the versatility of this group of talented musicians brought to the fore by Sado’s exuberant conducting style.

Beethoven was next on the programme, his piano concerto No 5 – the Emperor Concerto. Angela Hewitt, the acclaimed Canadian pianist, was the soloist. She has developed a well-deserved reputation of being one of the top pianists in the world and her ability to interpret the sensitive passages was superb. It was one of the best renditions I have heard of his popular piano concerto, her runs were excellent. And as an encore, to assuage the enthusiastic audience, she played the middle movement – the adagio – of Beethoven’s Pathetique sonata.

The final composition was Sibelius Symphony No 5: A Song for Swans. (The Finnish Government commissioned him to write this symphony in honour of his fiftieth birthday – a day honoured by his country as a national holiday). Composers find inspiration from a variety of sources and this particular symphony was inspired by Sibelius witnessing the majestic flight of swans.

“Today 21st April” he wrote” I saw 16 swans at ten to eleven. One of the greatest impressions of my life.” The symphony begins with a horn theme and at some point, soon after, the string section simulate the flapping wings of the whopper swans Sibelius saw that morning. The brass section feature strongly in the composition and the players played exceptionally well, not fluffing a note. And in the pizzicato passages the string section’s timing was impeccable.

In the finale Sibelius simulated the turbulence of nature by alternating fluctuating strings, with horns and woodwind but it concluded on tranquil mood. In marked contrast, the conductor chose Johann Strauss’s Thunder and Lightning Polka – an apt composition - to end this concert by the Austrian orchestra.