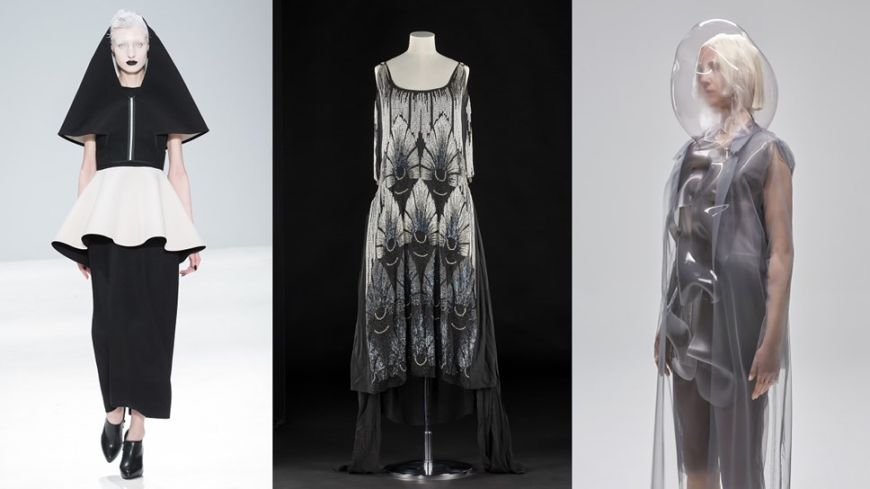 A new exhibition at the National Museum of Scotland will deconstruct what it calls examining "the radical power of the colour black in fashion".

Beyond the Little Black Dress, running from 1 July to 29 October 2023 at the National Museum of Scotland will bring together more than 60 costumes from the well-mannered cocktail attire of the early 20th century to the leather and latex worn by members of punk and fetish subcultures revealing how the little black dress became "simultaneously expressive of piety and perversion, respect and rebellion".

Beyond the Little Black Dress will open with a simple, short black dress designed by Coco Chanel in 1926. Considered radically modern, it disregarded convention entirely in both the stark design and sombre shade, that had traditionally been associated with mourning. At the time it was hailed by US Vogue as “the frock that all the world will wear”. The ‘little black dress’ became a wardrobe staple, a symbol of femininity and a byword for chic, with each new silhouette capturing the spirit of its time.

“Few garments are as iconic as the little black dress, which has often been held up by the fashion industry as the one piece every woman should have in her wardrobe," says Georgina Ripley, Principal Curator, Modern and Contemporary Design at National Museums Scotland.

"It has evolved dramatically in the century since its creation. From a simple shift dress which helped democratise women’s fashion to a bold political statement, it has moved through various iterations which reflect changing ideals of beauty and body image. Displaying classic couture, avant-garde pieces and garments that make a political statement, this exhibition will explore its enduring success, and ask why, in the fickle and fast-paced fashion world, the little black dress has achieved that rare status of being truly above the fray.”

Iconic early pieces by Yves Saint Laurent, Dior and Jean Muir will be juxtaposed with recent looks by ground-breaking contemporary designers and brands like Gareth Pugh, Simone Rocha and Off-White.

Areas of the exhibition will be dedicated to highlighting Black British designers whose work explores both Blackness in terms of identity, and the role the colour black plays in crafting a futuristic, sci-fi aesthetic.

Elsewhere, the exhibition considers how perceptions of the colour black differ in a global context, as well as how the intervention of smart technologies are establishing a blueprint for a more sustainable future.

National Museums Scotland’s fashion and textiles collection comprises around 50,000 objects and is one of the largest in the UK. The collection includes textiles dating back to the 14th century and clothing and accessories dating from the 16th century to the present day.

Beyond the Little Black Dress follows fashion exhibition Body Beautiful: Diversity on the Catwalk. It runs from 1 July to 29 October 2023 at the National Museum of Scotland.