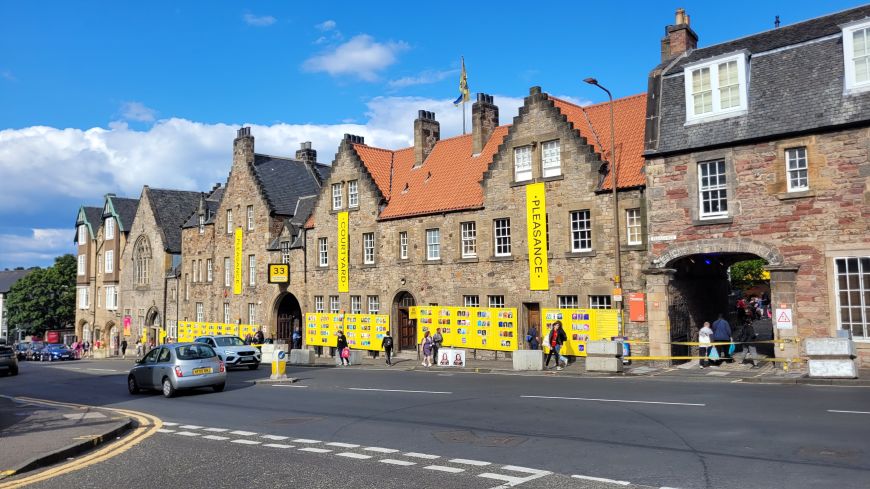 Controversial comedian Jerry Sadowitz's has had his show cancelled at the Fringe after complaints from audience members about the content.

Sadowitz's first of two hour-long shows was at the Pleasance's Edinburgh International Conference Centre venue on Friday at 9pm and the second was due to take place yesterday, Saturday.

Titled "Jerry Sadowitz: Not For Anyone" the show came with the warning for anyone who has never come across the comedian's particular brand of discomforting material:

"Warnings and additional info: This show contains strong language and themes some may find distressing."

The Pleasance has not said which part of the show caused it to cancel the show but Sadowitz reportedly got his penis out and included racial slurs in his act.

The programme said the show would have "less hate-fuelled swearing and focus more on faux liberal pish in order to appeal to the middle class and their disposable income and personalities."

The programme description ended: "Please note that I might just do card tricks and say nothing for a whole hour or I might just do the usual "screaming fascist" schtick. Or both. Patrons may wish to drink alcohol pre-show to avoid boredom, embarrassment and guilt."

On hearing the news, Sadowitz posted on Twitter: “Did a show last night, 75 mins, thought it went well. Didn’t see any walkouts. Today I’m told my show’s been cancelled. Great stuff. I’m truly sorry for everyone who travelled to see the show tonight.”

Did a show last night, 75 mins, thought it went well. Didn't see any walkouts. Today I’m told my show's been cancelled. Great stuff. I'm truly sorry for everyone who travelled to see the show tonight.

Anthony Alderson, director of The Pleasance, said in a statement:

“The Pleasance is a venue that champions freedom of speech and we do not censor comedians’ material."

“While we acknowledge that Jerry Sadowitz has often been controversial, the material presented at his first show is not acceptable and does not align with our values."

“This type of material has no place on the festival and the Pleasance will not be presenting his second and final show”.