Edinburgh Confers Freedom of the City on Leaders of Ukraine 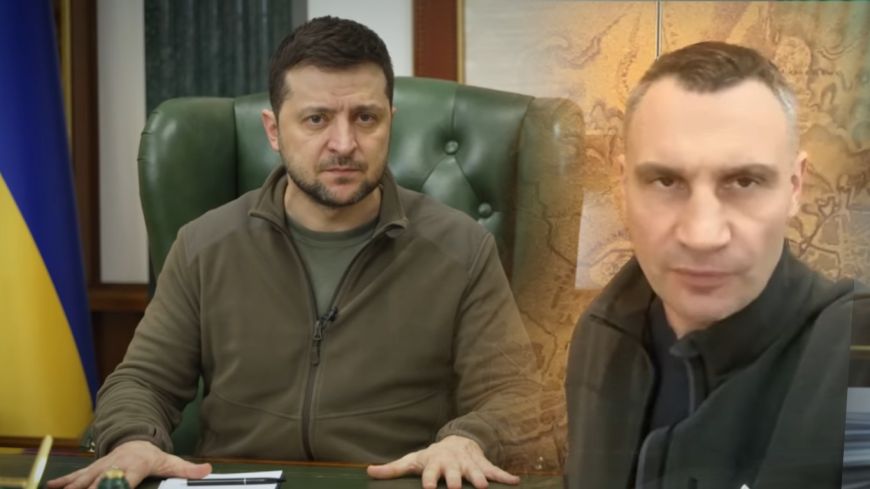 Edinburgh City Council has voted unanimously to grant the Freedom of the City to the Ukrainian President, Volodymyr Zelensky, and Mayor Vitali Klitschko of Edinburgh’s twin city, Kyiv, in recognition of them standing heroically by their citizens and leading the fight against the illegal invasion of their country.

The Council Leaders also reaffirmed their support for local humanitarian efforts and support for refugees. Preparations for welcoming refugees include arranging accommodation, transport, interpreters, access to GPs and healthcare, counselling, education, and other vital services.

A helpline has also been set up for Ukrainian arrivals, which will be operated 24 hours a day, with a dedicated page on the council website.

The meeting yesterday heard from the Chair of the Ukrainian Association in Edinburgh, Hannah Beaton-Hawryluk, who thanked the city and Council for their ongoing efforts and shared some of the horrors being faced by Scottish-Ukrainian residents’ family members and those trying to flee.

Council Leader Adam McVey said: "We're standing firm in friendship with the people of Ukraine, committing to doing whatever we can to help.

“I’m enormously proud we’ve agreed to award the Freedom of Edinburgh to President Zelensky and Mayor Klitschko, recognising all they’ve done and continue to do for their people. I hope this decision demonstrates our absolute solidarity and admiration of the people of Kyiv and Ukraine, who have literally taken up arms in defence of their country against this illegal and murderous invasion by Putin’s forces, and I very much hope that, one day, they’ll be able to receive this honour in person.

“I’ve been deeply moved by the footage on all of our TV screens and by the outpouring of support from Edinburgh, as highlighted by the Ukrainian Association’s heartfelt and powerful deputation earlier today. Their members are doing everything they can to support their literal brothers and sisters, who are victims of this war, and to deliver humanitarian aid.

“The money we have pledged will make a huge difference to organisations like this, and we’ll continue to look at further actions in the weeks and months ahead to do everything within our power to help people who are arriving in our city to escape Ukraine. There’s no doubting the enormity of the task to make this happen and I know the Ukrainian community are immensely grateful for the support they’ve had so far.”

Depute Leader Cammy Day said: “Today we heard heart-breaking stories of local people whose families are trapped in this war and those who are fleeing. We will do everything we can to welcome those who arrive here with open arms.

“We’ve already witnessed an incredible response from the people of Edinburgh since the invasion began, with tonnes of donations arriving at Ukraine's borders having been donated, packed and driven by volunteers from Edinburgh. I'm sure we will see this generosity continue as people open their doors to join the Homes for Ukraine scheme.

“As a city, we condemn the actions of Putin’s regime and commend the heroic way in which Ukraine’s political leaders have stood up to lead and defend their nation. The Freedom of the City is a tradition that dates back over 560 years and can only be ‘bestowed upon those who are held in the highest esteem’. It is very rarely conferred in Edinburgh so the unanimous decision at Council speaks volumes about the strength of Edinburgh’s solidarity.”

Following the Council’s decision today, up to £100,000 of Council funding will also be targeted towards local efforts with the Edinburgh Partnership to maximise supplies to Ukraine, support local infrastructure for facilitating donations and transport of supplies to Poland and elsewhere.

Letters will be sent to the Home Office, UK Foreign Office and MOD seeking further clarity and support for refugees and help with temporary accommodation.

In an additional display of solidarity with Ukraine, a ban on Russian cultural events and performances in Council-owned venues has also been set and the Council has ended its relationship with the Russian Consulate, and the Ukrainian flag will continue to fly from the City Chambers.