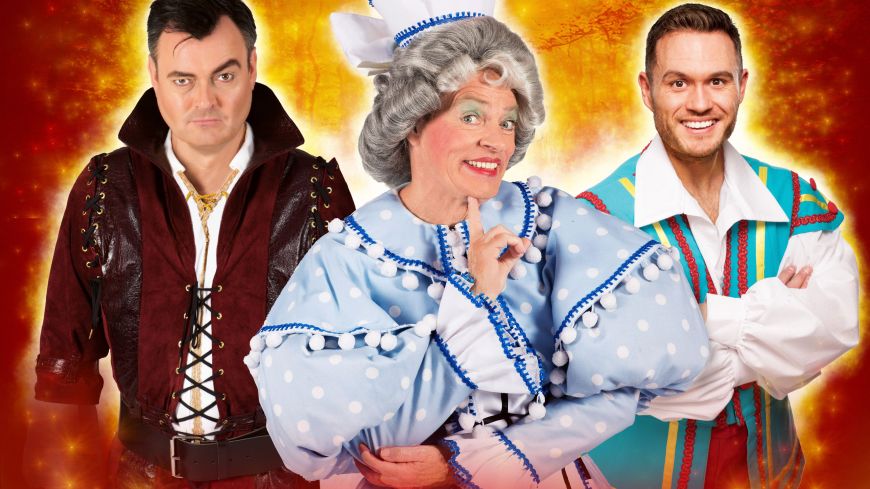 Capital Theatres have announced its 2022 pantomime Snow White and the Seven Dwarfs, which will see Allan Stewart, Grant Stott and Jordan Young returning in leading roles Nurse May, the 'Henchman' and Muddles, respectively.

While the King's Theatre undergoes its £25 million Capital Redevelopment throughout 2022 and 2023, the Festival Theatre will play home to the "fairest pantomime of them all" next Christmas from Saturday 17 December 2022 - Sunday 22 January 2023.

Fiona Gibson, CEO of Capital Theatres, shares, "We're excited to be hosting Snow White and the Seven Dwarfs at the Festival Theatre while the panto's usual beloved home, the King's Theatre, undergoes its transformational development. The story promises some super-sized fun on the Festival's larger stage."

Allan Stewart, a mainstay of pantomime, has appeared in the King's panto every year since 1998 and holds the theatre's record for playing Dame more times than any other actor. He has enjoyed an extensive career in stand-up, music and musical theatre for many decades.

Grant Stott is a BBC Radio Scotland producer and pantomime veteran; Snow White and the Seven Dwarfs will mark his 28th panto and his 22nd consecutive season with Capital Theatres. Grant can be heard on The Afternoon Show and Grant Stott's Vinyl Collective (both BBC Radio Scotland) and currently stars in BBC's River City.

Snow White and the Seven Dwarfs is produced by the world's biggest pantomime producer, Crossroads Pantomime, and will be spectacularly brought to life with an abundance of comedy, sensational song and dance numbers, fabulous costumes and stunning scenery. Throw in a magical mirror, seven friendly dwarves, a beautiful princess and handsome prince and plenty of audience participation and you have the perfect recipe to outwit the Wicked Queen and let love prevail in this glittering festive treat for all ages.

Further casting will be announced in 2022.

Plan your booking now, or you won't be able to look yourself in the mirror!

Groups 8+ can book from Tues 18 Jan 2022 by form which will be available online from that date.