New Report: Our Forests Need Nurturing Back to Good Health 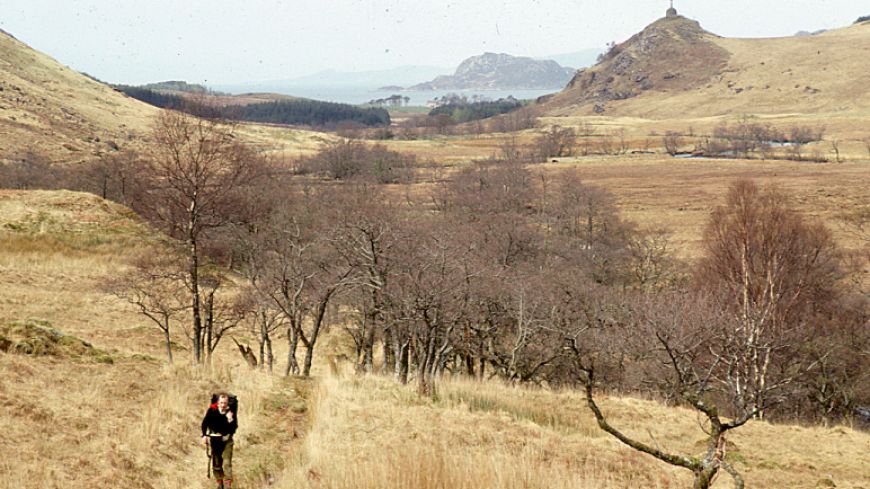 Environmental charity Woodland Trust yesterday released its "State of the UK's Woods and Trees 2021", the first report of its kind for the Trust.

It found that although tree cover has doubled across the UK in the last 100 years, existing native woodlands are being lost, fragmented, and are in poor condition, with a resulting loss in the wildlife dependent on them.

In his foreword, Woodland Trust president and broadcaster Clive Anderson says: “The survivors that remain now form the backbone of plans for nature recovery. They are still some of our richest native habitats and provide the source of genetic material we will need to re-forest our landscapes.”

Case in point is Scotland's temperate rainforest, which is described as “one of our most precious habitats – as important as tropical rainforest”. The Trust notes that the native oak, ash, birch, pine and hazel woodlands found on the soggy, west coast, ‘hyper-oceanic’ zone are “internationally important” due to them being so species-rich. However, they are “in trouble”: as little as 30,325ha remains, in small, scattered pockets that are often “over-mature”.

The biggest threats are a high level of grazing, invasive rhododendron and plantation forestry.

The rare lichens and bryophytes (mosses and liverworts) that inhabit these ancient ecosystems are also particularly sensitive to air pollution.

The 245-page report, which is free to download as a PDF, uses many photos to capture the varied character of woodlands across the UK. 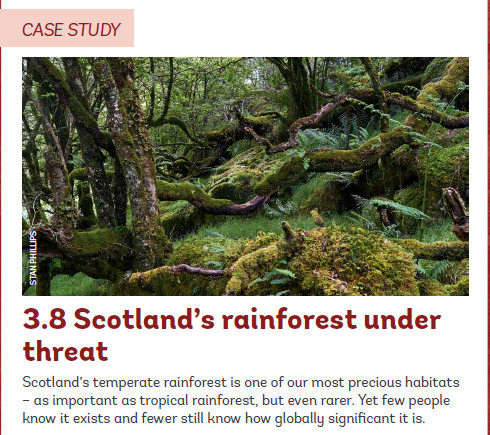 The Trust highlights an array of stresses being placed on UK woodlands and steps for mitigating ancient woodland loss. It recommends quadrupling the current rate of woodland creation across the UK.

Another case study in the report provides a glimpse into Scots pine forest resilience and potential given the right conditions. A restoration project at a 1,027ha Woodland Trust and Arkaig Community Forest site is one of the 26 pinewoods surveyed in the “Bunce” survey of Great Britain looking at woodland soil and vegetation.

The Bunce survey was first carried out in 1971 on 103 broadleaved sites across Britain and 26 pinewoods in Scotland, and repeated in 2001. The survey is due to report again next year, but an inital survey of the Arkaig project took place in 2018.

Previously imported commercial species of Japanese Larch first and then sitka spruce were observed crowding out the indigenous Scots pine, but the proportion of the native species remained constant between 1971 and 2018.

“Its persistence gives hope that numbers can be increased by careful management over the coming decades,” the report notes.

Encouragingly, moss coverage and ground flora also saw a marked improvement at the site. The plan is to restore the area to its native Caledonian pine forest ecosystem by 2026 by thinning non-native species out.

Overgrazing by herbivores, in particular huge deer numbers, has been a problem for natural forest regrowth in Scotland for decades. The Scottish government has accepted most of the 99 recommendations from the final report of the Deer Working Group looking into the issue and rural Affairs and Natural Environment Minister Ben Macpherson recently has said “a significant stepping-up of deer management efforts are required” to address the problem.

The Trust report also notes that as well as the services to the environment, wildlife, and people's wellbeing, that woodlands across the UK extract 77 million tonnes (Mt) of atmospheric carbon each year and 27Mt in Scotland.

Ancient woodland stores 37% more carbon than other woodland, and hence the greater need for conservation of existing forest than replanting of new forest.

The report does not drill down to city specific trends, but Edinburgh currently has around 720,000 trees, 75% of which are privately maintained. Edinburgh's woodland canopy is estimated to cover 17.0% of the total land area.

In 2020, the Edinburgh Council voted to become a million tree city by 2030, with carbon sequestration being a big motivation.