STOP PRESS - This event is cancelled today due to the weather ...Christmas Carols by the Laphroaig Choir (with a dram on the side) coming to the Festival Square Market, Edinburgh 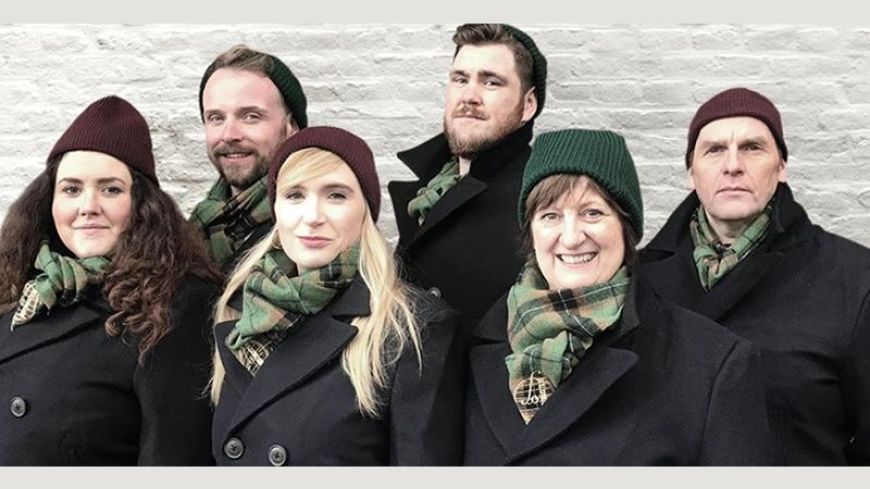 The Laphroaig Choir will be spreading festive cheer as the six singers tour four British cities throughout December, a special occasion as this is the first time the choir has toured the UK after a successful tour of the US in 2017.

Since the introduction of the ‘Opinions Welcome’ campaign, Laphroaig has received over 20,000 comments from consumers who have either loved or loathed the famous Scotch  whisky - the UK's No. 1 peated single malt - from the Isle of Islay.  Some of the unique and humorous phrases have been turned into lyrics for classic Christmas carols, including Away in a Manger (‘It’s like being kicked in the face by a horse’) and Jingle Bells (‘Magic in a bottle, anise front, camp fire middle’)

The Choir's tour will begin in London and then travel on a branded bus to perform in Birmingham, Edinburgh and Manchester before returning to Leicester Square, London.

On Tuesday 10 December, the Laphroaig Scottish choir will be performing at the Festival Square Market, Edinburgh, from 12 noon-8pm at a free non-ticketed event, open to all.

Come along to sample a warming dram - served either neat or in a Smoky Ginger cocktail - while being entertained by a medley of classic Christmas carols given a twist with whisky-flavoured words.

Islay (Eye-la), known as the ‘Queen of the Hebrides’  has eight whisky distilleries each producing a very distinctive flavour.  The earthy peat, soaked by Atlantic mists for 1000s of years which is used to dry the malt, creates a rich, smoky, seaweed taste of the sea.

Founded in 1815, Laphroaig has a picturesque setting right beside the beach on the rocky shore. The 10 year old single malt has been poetically described as “no other aroma so perfectly encapsulates the island.  Peat reek, soft oak, craggy coastline, screeching gulls. . ..in a glass.”

In 1994, the 10 year single malt was awarded the Royal Warrant by HRH The Prince of Wales, an honour which it still holds today. He has visited Laphroaig distillery many times, most recently in 2015 to commemorate the 200th anniversary.

Laphroaig is indeed a personal favourite of Prince Charles, a whisky connoisseur, so you are in Royal company if this is your preferred tipple.

Visit the Festival Square Market on Tuesday 10th December for fun Festive music and song and the chance to try Laphroaig for yourself and give your opinion of this unique Hebridean whisky.

Free - non-ticketed, open to all