Buildings Across Edinburgh Light Up Red for Poppy Day 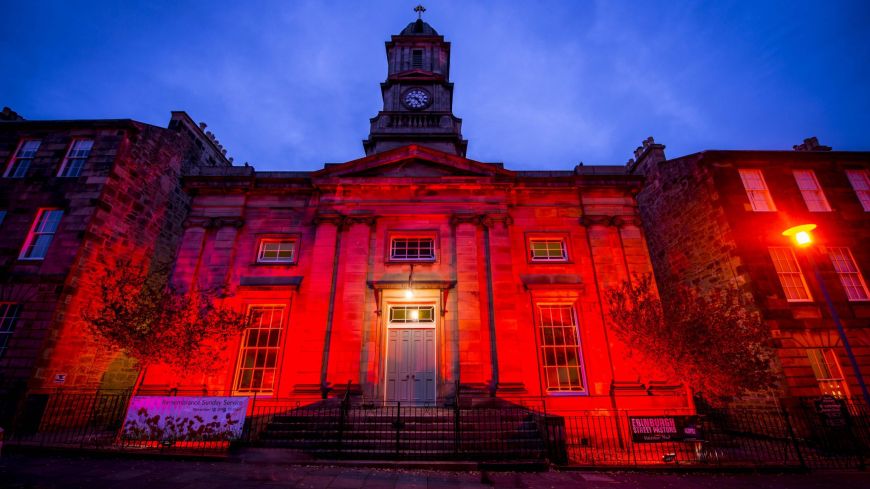 More than 120 buildings and landmarks across Scotland are lit up red this weekend to remember those who have been lost to war.

The "Light Up Red" campaign is in support of the Scottish Poppy Appeal, which helps veterans in need and is held as Remembrance Sunday takes place.

Most buildings will be lighting up from now until Armistice Day, on 11th November. A full list of locations across Scotland, and details on timings can be found on PoppyScotland.

People have been sharing pictures of local landmarks lit up red on social media:

🔴 Our control tower is turning red tonight as part of @PoppyScotland's #ScottishPoppyAppeal. As a former RAF base, we pay this mark of respect to our history and the tower will remain red until Remembrance Day. #LightUpRed pic.twitter.com/zQW2KiHAe7

We're thrilled to light up the King's Theatre red again this year to support @poppyscotland's #LightUpRed campaign as a way to say 'Thank You' to those who served in the war.

We're proud to remember the 810 Watsonians who made the ultimate sacrifice during conflicts of the 20th century. That's why we #LightUpRed @poppyscotland pic.twitter.com/lDyrxaR8x4

We are supporting the @poppyscotland campaign and lighting Rosslyn Chapel red in advance of #RemembranceSunday #LightUpRed pic.twitter.com/pENjpKRzPV

Gordon Michie, Head of Fundraising at Poppyscotland, said: “It is incredible to witness so many buildings, up and down the country, glowing red in tribute to Scotland’s Armed Forces community past and present. It is a visual spectacle symbolising that when it comes to the country’s Service personnel, we are behind them. Always.”