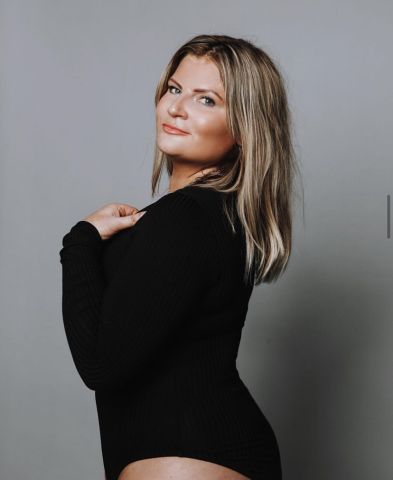 Alice Brine's Brinestorm is an hour of the most hyperactive/inattentive ADHD chaos you could envision; her high energy never falters for a second, and I loved it.

She handled a few accidental hecklers (aka drunk girls in the front row) as if they were a part of the show, only furthering the proof that she is as quick and witty as her brain is hyperactive and inattentive.

After an unfortunate nail polish and wallpaper incident, Alice recalls the moment when she thought, "Hm, something just isn't right up here", and was promptly diagnosed with ADHD.

Amid her hilarious antics, she also gives nuggets of valuable ADHD education. When discussing the people who say that "everyone is a little ADHD", she gave the perfect response: "you have the same issues as everyone else, but you only exist in that sphere". Meaning that sure, everyone exhibits ADHD symptoms such as running late or forgetting things sometimes, but when you have ADHD, it isn't something that happens to you; it is everything that happens to you.

But her show isn't just about ADHD. You'll also learn her perfect human categorisation system (rats or potatoes - she explains it perfectly), how she catfished thousands of people into believing she is a successful seafood restauranteur, and what happens when you need a tampon in the office.