The Journey, The Pleasance, Review 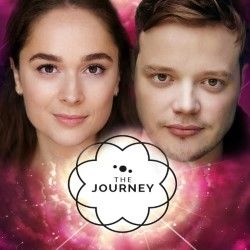 You are offered the chance to take your partner, whom you’ve only been dating for one month, into space with you for a 37 week round trip, do you take it? It’s safe to say Adam probably regrets his answer! In stand-up comic Stuart Laws’ debut play watch as Adam and Kate’s relationship takes on a spiralling journey of its own.

Adam and Kate are in love, and Kate knows he’ll say it when he’s ready - but he’s not yet. Adam decides he’ll take Kate along on a space mission so he can really get to know her and become a vital cog in her life. Once they are out there their cheeky banter, mocking how Adam drinks his coffee and pointing out Kate’s sharp wit, begins to grow weary and the cracks begin to show. The Journey witnesses as this toxic relationship unravels, with no where for the characters to hide.

Seemingly standard in its description - many would think this play is merely a soap opera set in the solar system - and to a point, it is. Until a very unexpected and remarkably well set up twist occurs. After this unexpected unveiling the intimacy of the show is cranked up to the max. To give anymore away would do a disjustice to the skilful structure Stuart Laws has created in this piece.

Although the script is airtight, it is the performances that really launch it to the next level as Will Brown and Phoebe Sparrow commit to every role they take on. Without the stellar talent of this pair, Laws’ twist would not land.