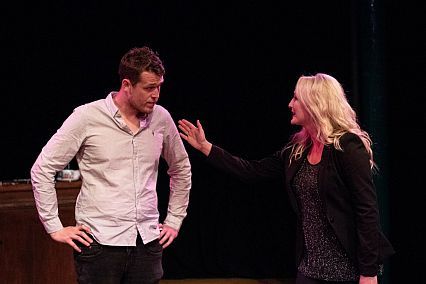 “Local man found dead in the town of Danderhall”. They are in the news regularly these days, not their faces of course, but the exploits of the Edinburgh Vigilantes.

Just ordinary people whom you could pass on the street going about their lives, making a living; making a killing. Known under the less politically correct name of the “Paedo Patrol”, they are convinced they are morally right.

For their leader Tom it arises from a need to seek vengeance, but even assuaging that doesn’t bring him peace. The problems it would appear are close to home and run deep within the trio of avenging angels.

Nina, a former used and abused prostitute and recovering drug addict, is less sure about her complicity in The Cause, fighting to convince herself she is a good person. While they are not supposed to be enjoying their “work”, Michael feels the need to keep the adrenaline pumping.

While Edinburgh may bloom, it grows in dirt and they are determined to root out the morally corrupt.

Their meeting point is the unfriendly and customerless bar which Thomas has inherited from his missing uncle, Charlie. One of the unwelcome guests is Tom’s mother, strong but emotionless Lydia, who asks about rumours and some home truths. Another is Michael’s mother Sheila, a recovering abusive alcoholic, as they try to find common ground in their non-existent relationship.

Already the cracks are showing and with Nina substituting sex for love there is a risk of things fracturing even further. Faced with their own flaws and demons, doubts burgeon as to the morality of their actions. What makes them different and why can’t they just stop?

The production is intense and energetic in its aestheticisation of violence, perhaps too much. The pivot of the plot is revealed early and the action is then side-tracked into a mass of issues as the desperately damaged anti-heroes try to fix things.