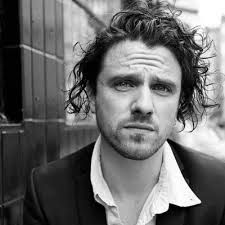 At nine thirty in the evening, the crowd is warm to a bit of irreverent comedy, all queuing in the basement of Monkey Barrel Comedy club for Alfie Brown: Lunatic. This standup set exists in and around a story of a 14-minute wait for a bus, and along the way hits fatherhood, mental illness, casual sex, and the concept of utter honesty.

Cleverly constructed, Alfie’s set is very funny, and, at times, he’s quite endearing through his self-admitted narcissism. The crowd is laughing at his risky jokes that can, in one go, stray from pure delight at his children to describing a stripper. Most of those risky jokes do land (arguably all of them land, depending on whom you ask), but a few come off as written for shock value purely for shock value's sake, which makes you roll your eyes a bit. When he does hit a metaphor on the nose, no matter how eye-widening the content, it’s strong.

Very descriptive of the characters that pepper his story, Brown is clearly a gifted writer, offering unique commentary on what counts as offensive, and why. He might just get into the clutches of your own conscience, daring you to disagree when he talks about the truth we’re comfortable with and the truths we might not be.

Brown is shirking the obvious jokes in favour of more involved approach, and what he says has real relevance when it comes to social behaviour in a crisis, insincere do-gooders, and the heartbreaking complexity of relationships.