501 Things I Do in My Bedroom, Just the Tonic @ The Caves, Review 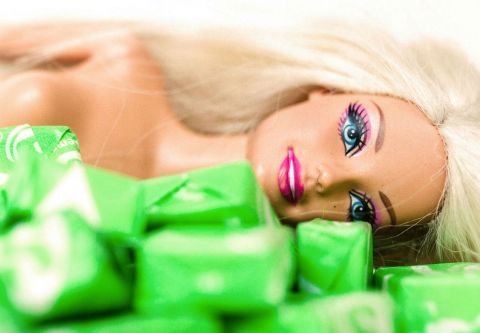 In an increasingly digitalised world we are ironically becoming less and less connected. Relationships have been whittled down to a Facebook message, a follow or a swipe right on tinder. With everyone so obsessed with social media, society feels the constant need to validate their existence, and this is mostly ‘achieved’ through posting pictures and statuses of just how wonderful their life is online.

Nicola Wren’s 501 Things I Do in My Bedroom is a comic look at how we can become wrapped up in that world, where a ‘like’ or a ‘favourite’ just can’t compare to a touch or a feeling.

The audience meets M lying in the intimacy of her bedroom pondering the worth of green Starbursts. As she frantically exercises to Beyoncé (checking the results immediately after one set of sit-ups), takes selfies and creates ridiculous Dolly Parton impression videos, the story of her relationship with the wonderful ‘Robbie’ unfolds as she get increasingly frustrated with the need to share every inch of our lives with the rest of the world.

The subject matter is extremely relatable as most young women and men are stuck in the trap of constant connection to every single person at all times. It is, however, a topic that has been explored many times before since the ‘fear of Facebook’ began, and as such isn’t anything too original.

The structure would benefit with some work as it is slightly too sporadic and some of the sections need to be more interconnected to the central plot.

It succeeds in comic appeal, however, produces something more of a mild chuckle than a belly laugh as some of the jokes were lost a little in the timing. Wren herself is extremely likeable and commands the stage well, constantly keeping the attention of the audience with her energy.

In all, if you are looking for something fun and relatable, if a little clichéd, this will tick the box.