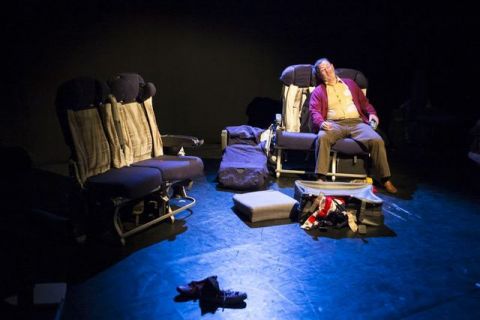 This December will be the 25th anniversary of the Lockerbie bombing and, a quarter of a century after the horrific attack, controversy surrounding the event has never been more heated. With more questions than answers presenting themselves as time has rolled on, suspicion has increased over the official story and calls for a public enquiry have grown ever louder.

Lending its voice to this cry is a new play by Kenneth. N. Ross, which lays out the facts surrounding the worst terrorist attack ever committed in the United Kingdom. What we arrive at is a story far from the one we have been told and leads us pondering two clear and important questions: was Abdelbaset al-Megrahi truly responsible? And, if not, who was?

The “Lockerbie Bomber” is a powerful, passionate and persuasive piece that will shatter and enrage you. It is, without a shadow of a doubt, the most important play you will see this year. Everybody should be made to watch this.

Meticulously researched and delivered with real heart and soul by its remarkable cast, the audience was left stunned and bewildered as the show came to its close. The emotion and intelligence that we were confronted with was quite overwhelming, leaving a firm lump in the throat and an unashamed tear in the eye.

Whether or not a public enquiry into the Lockerbie bombing will ever come to light, only time will tell. To protect itself, as the play suggests, the Scottish Government may have little choice but to eventually answer some very awkward questions. Kenneth. R. Ross’s haunting and brave play has set out its arguments with clarity and heart. Now, will Mr Salmond come and watch?