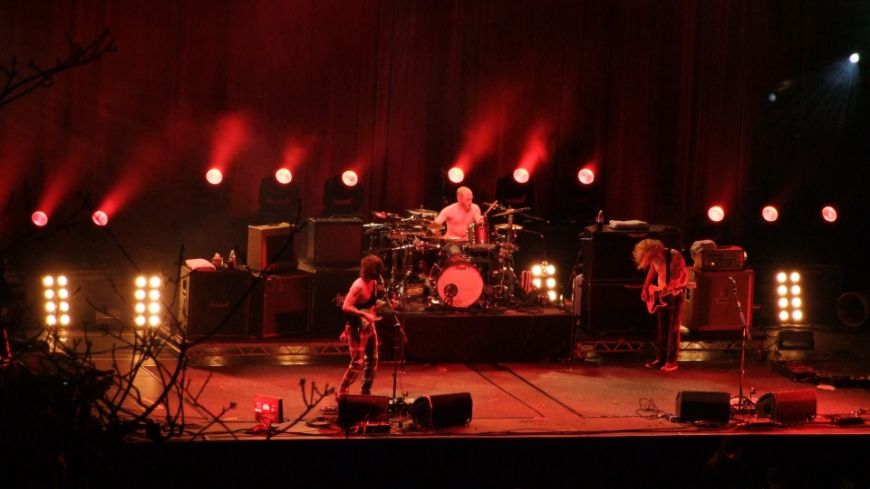 As a lifelong Edinburgh resident, I have experienced the Capital’s Christmas and New Year Festival celebrations over many years, (dating back to the days when over 300,000 unticketed spectators crammed onto Princes Street on 31 December).  I often think I should become jaded by the annual display of sparkling trees, ice rink, music, song and dance, with fireworks at midnight.

But no. Whenever the Big Wheel starts turning beside the Scott Monument in late November, the scent of sweet mulled wine lingers around the German market, and laughter from children echoes from the merry-go-round, I am thrown into festive mood as Edinburgh begins to sparkle.

As, Kate, an American visitor commented "I can't think of anywhere more magical - my best memory of the city in winter is the sound of the Carousel mingling with the bagpipes.”

Despite the Arctic snow this year before Christmas, the visitors began to arrive from around the world to celebrate New Year (it is estimated 55 nationalities were here for Hogmanay 2009). There was a feast of entertainment on offer over the four day Festival programme of concerts, Ceilidh, films and fireworks, including Resolution Square on the National Gallery precinct, a popular venue to watch a line up of folk and jazz musicians, as well as wee Haikus to celebrate our Unesco World City of Literature.

On Hogmanay (31 December), the weather was dry and not too chilly for the 80,000 people on Princes Street, entertained by fourteen live music performances on four stages. The Concert in the Gardens was headlined by Biffy Clyro – the platinum disc, award winning Scottish rock trio – a bit of a coup as a cover version of their single “When We Collide” by X Factor Matt Cardle, was the Christmas No. 1.

The countdown slowly began, as the lively international crowd in fancy dress and crazy hats partied away.  High above on the rock, the Castle looked magnificent in the clear moonlit sky. Midnight on the dot - blazing streamers of light were fired, criss-crossing in all directions, flashes of white, red, green and golden fireworks exploding from the Battlements and the Gardens. It was simply breathtaking and all we could do was Ooh and Awe at this majestic sight of sparkling light and fire. The Castle was now blanketed in a ghostly mist of smoke. Sheer Magic!

Saturday 1st January, 2011 – named One Day, the date being 1.1.11 – we were treated to another Concert in the Gardens, a medley of musicians selected by KT Tunstall,  joined by fellow Scottish singers and bands, Silver Columns, Kassidy and King Creosote.

Starting at 5pm, the crowd spanned all ages including families with young kids. It was cold, (OK, freezing), as we stood and listened, clapped, jumped and jived around to warm the blood, (with welcome food and drink stalls serving wine, beer, hot chocolate, burgers and Hog roast). Surrounded by the glittering trees beneath the Castle rock, this was a smashing event, with a real Festive, fun party atmosphere.

Keeping fit on the first day of the year is an Edinburgh tradition and 1,000 runners set off on the One O’clock Run down the Royal Mile, while 1,000 brave swimmers had a Loony Dook in the Forth at South Queensferry.

On the 12th day of Christmas, 6th January, I trudged up the Mound, like a tourist, to visit the Castle. On this glorious sunny blue-sky day, many  visitors were snapping fantastic views over to Fife and across the city centre. Down below in Princes Street Gardens, the ice rink was packed with skaters beside the funfair rides and whirling Big Wheel in the Winter Wonderland.

No wonder Edinburgh’s Hogmanay is listed in the book “ 1,000 Places to See before you Die”.  If you have never experienced this inspiring, colourful and quite unique Winter Festival, why not plan a trip for Hogmanay 2011?