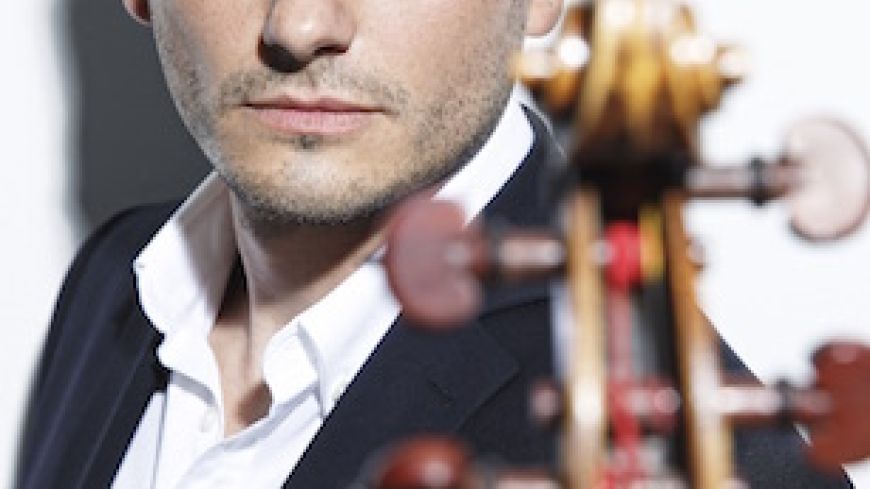 Most of the Scottish Chamber Orchestra’s programme at last night’s performance featured twentieth century composers. It was conducted by the Estonian guest conductor Olari Elts who wholeheartedly engaged in this diverse programme which displayed the musical talents of numerous players.

The evening began with Cantus Arcticus (songs of the Arctic), an enchanting concerto written by the Finnish composer Einojuhani Rautavaara who died last year. In three movements – The Bog, Melancholy Swans Migrating – the composition incorporates a variety of birdsong recorded near the Arctic circle and on the bogs in Northern Finland. An enchanting work, the concerto begins with a flute duo simulating warbling birds. Gradually other instruments are introduced and mirror the recorded birdsong. The orchestral interpretation was particularly effective in Swans Migrating when at the end of the movement one could readily imagine the sound of a flock of these majestic birds fading into the distance.

The Viola concerto by the Latvian composer Peteris Vasks was next on the programme. The Ukrainian-British violist Maxim Rysanov was the soloist in this bold concerto which only features the string section. The first movement is heartrending with its simple melody exaggerated by Rysanov’s exquisite tones on his viola. The mood alters dramatically in the second movement and one could hear the influence of vigorous Cossack rhythms. In the finale, the music reverts to simple melodies and again Rysanov’s exceptional talent excels when he elicits the most beautiful, tranquil tones as the concerto concludes on almost a whisper.
The bird theme was continued with the Italian composer Respighi’s suite Gli Uccelli (The Birds). In five movements, the music interprets the sound of a variety of birds. We have the fluttering wings of a dove (in the second movements); the scratching feet of a hen (third movement); the song of a nightingale (fourth) and that of a cuckoo (fifth). A vast array of instruments are used to represent these sounds - flutes; oboe; bassoon; brass – all of which gave many of the musicians an opportunity to display their talents to create a joyous sound.

The programme concluded with Copland’s popular Appalachian Spring. Elizabeth Sprague Coolidge, a philanthropist, and Martha Graham, one of the most influential contemporary dancers of the twentieth century, commissioned the American composer, Aaran Copland to write music for a ballet which incorporated an ‘American theme’. Copland used as his inspiration the title of Edward Deming Andrews book ‘The Gift to be Simple - Songs, Dances and Rituals of the American Shakers.’ It was Martha Graham who suggested the name for the piece - Appalachian Spring – which came from a phrase in Hart Crane’s poem ‘The Dance.’ Premiered in 1944 with Graham as the lead dancer, Copland originally scored it as a chamber piece for thirteen instruments but a year later he was commissioned by the conductor Robrinski to rearrange it for a symphonic orchestra.

Appalachian Spring records in musical terms the struggle, strife and joy of those in the American Christian ‘Shaker’ movement of the mid nineteenth century who created a new life in the alien country. In eight, short, movements we are taken on a challenging musical journey. The tempi alters dramatically which is challenging not only for the musicians, but also for the conductor, Elts, who poured his heart and soul into this complex score.