Film of the Week: Hell and Back Again 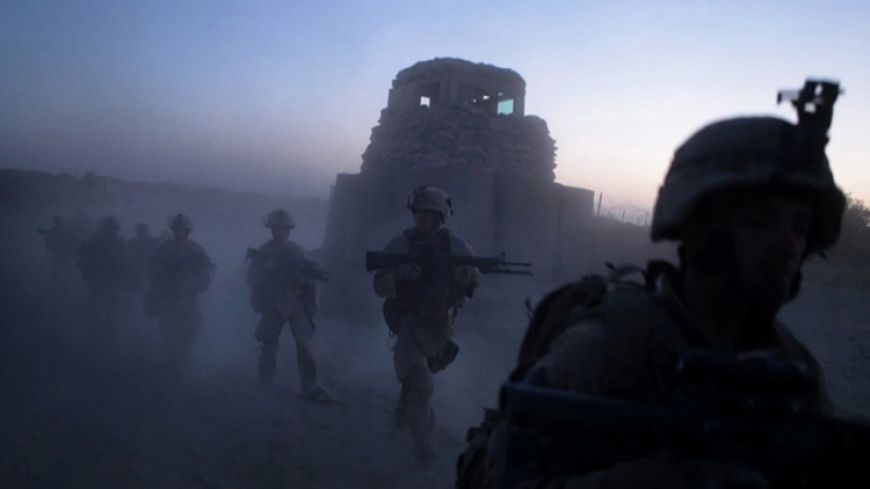 When Sergeant Nathan Harris enlisted in the US Marines aged 18 he was asked ‘why do you want to join the army son?’ He replied ‘because I want to kill people sir’. The man signing him up said ‘that’s the best answer we’ve ever had’.

This drew an uncomfortable laugh at the Edinburgh Film Festival press screening. Laughs were in short supply during this astonishing piece of filmmaking and conflict reportage, which is being shown at the EIFF in conjunction with Armed Forces Day. There were however, plenty of sniffles and tears.

This is the third significant war documentary after Restrepo and Armadillo and could almost be seen as the concluding part of an unofficial ‘Afghan trilogy’. These are films that perhaps might have had the power to persuade people like Nathan Harris not to join up in the first place.

There are many parallels with Restrepo and Armadillo both in terms of style and substance. For instance in each film, the platoon in question is seen to have sit down pow-wows with Afghan village elders to discuss operations, air grievances and pay compensation for loss of property, livelihood and life.

The most striking comparison however is between this film and Armadillo in two senses: the first is the blurring of the boundary between documentary ‘responsibility’ or tradition versus the ‘entertaining’ nature of visual and aural techniques which impress upon us in a poetic, dramatic and cinematic way rather than in a matter of fact manner.

The other is that in both films the directors have chosen to intercut scenes showing a link between the playing of violent video games and real combat and here particularly the comment on the distinction between which one is the real experience is more starkly illustrated. Comparisons aside, Hell and Back Again stands alone as a technical and emotionally engaging triumph.

Nearly a decade on Nathan Harris is no longer quite so keen to kill people. As the central focus of the piece he’s now a wiser, more grown up soul, albeit traumatised by his experiences and the bullet wound that shatters his right leg shortly before his tour of duty was due to end.

The film expertly weaves between the war and Harris’ gradual physical rehabilitation, his return to civilian life and his dependence on mood altering pain-killing drugs. He sleeps with a loaded gun for comfort, in fact he seems profoundly insecure without one when he’s back on home turf. In one disturbing scene, he plays a ‘safe’ variation of Russian roulette in which I sensed the fear of both the film-maker and others in the scene, aware of the potential for something to go horribly wrong. Seeing a man continuously wrestle with demons is heart-wrenching stuff.

These are the most emotionally engaging scenes. As harrowing, visceral and engaging as the combat is, it’s the impact of Harris’ twitchy and dented spiritual state that gets one choked up. His flirtation with Russian roulette and the physical healing process inevitably reminded me of both The Deer Hunter and Born on the Fourth of July.

Those films depicted the debilitating impact of the Vietnam War on its veterans and one realises the dramatic well-worn clichés of war films are not clichés at all, they’re facts. The dynamics of what’s involved hasn’t changed since then regardless of the who what why where when and how. War fucks people up. End of story.

What makes the unendurable palatable is the films technically arresting style, its clever use of sound effects to illustrate moods and feelings rather than situations. It also helps that there is as much kindness and civility on display as there is distress and horror.

At the end of the screening I had no doubt of the films power as I found a fellow colleague in floods of tears. His father had served time in Afghanistan and I suspect he was thinking ‘is this what my Dad went through?’ That of course is the point of a good documentary. And so for anyone interested in real life, this is an unmissable experience.

The screening of Hell and Back Again is preceded by Blood and Dust, a powerful war documentary short by film-maker Vaughan Smith. Both films contain some very distressing scenes.

Edinburgh Film Festival at 7.50pm on Saturday 25th and 4pm on Sunday 26th. Info and tickets