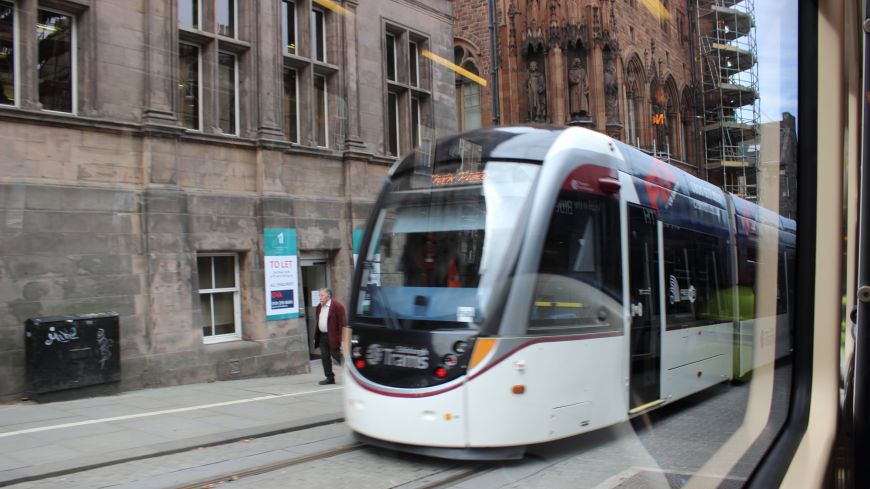 Edinburgh City Council has released a draft City Mobility Plan for 2030 that would open up many of Edinburgh’s “iconic” streets to pedestrians, create mass commuting by bicycle along arterial roads, extend the tram to new parts of the city, and tackle bus congestion.

By 2030, Edinburgh's city centre would be “largely car-free” as the council pushes through a series of changes that prioritise walking, cycling, and public transport, over cars.

“We’re already making great strides towards reducing carbon emissions in Edinburgh but, if we are to achieve our 2030 target, now is the time to be even bolder and more ambitious,” said Council Leader Adam McVey.

Edinburgh has a target of being carbon-neutral by the end of the decade.

Poverty, pollution, and climate change are key drivers of the initiative, said McVey and Depute Leader Cammy Day in a statement.

“Australia’s devastating bushfires have brought home the urgent need to act on climate change and cities all over the globe have a huge part to play in tackling it,” they said.

The draft plan, which will be discussed by members of the Transport and Environment Committee on Thursday (16 January), is built on four strategic priorities: enhancing public transport, people-friendly streets, planning new developments and managing demand.

Under the plan, Edinburgh’s tram line could be extended to Granton and south to the Bio Quarter. George Street, as well as Victoria Street and Cockburn Street could be pedestrianised.

Full pedestrianisation of George Street by 2025 depends on the outcome of re-routing of the bus network.

In a review of the city’s bus network, buses could be removed from Princes Street to alleviate congestion, taking a "to not through" policy on bus routes. A “seamless” integrated ticketing system would be put in place for public transport, that includes bike rental.

The plan would advance in three phases. The first phase of the City Mobility Plan will incorporate several major projects already underway in Edinburgh, such as the construction of the tram route to Newhaven, the delivery of a Low Emissions Zone and the City Centre Transformation programme, which will revamp the way in which people move around the city centre.

Sustrans Deputy CEO John Lauder called the release of the CMP  “the start of an exciting conversation” and welcomed the inclusion of plans for the suburbs and outer reaches of the city environs.

Stuart Hay, Director of Living Streets Scotland, also welcomed the “fresh thinking” of the CMP: “It’s vital that Edinburgh matches the efforts of European capitals, including Paris, Brussels and Oslo which have taken bold measures to prioritise pedestrians instead of traffic… Experience from other cities suggests the inevitable challenges of transition, from a city focused on cars to people, will be worth it.”

If approved by Transport and Environment Committee next week, an eight-week public consultation on the draft plan will begin in February.

This, alongside a comprehensive travel behaviour survey to be completed by the end of February, will form the basis of a finalised plan to be brought to committee later this year supported by a delivery plan.

The draft City Mobility Plan will be discussed, and broadcast online from 10am on Thursday, 16 January.