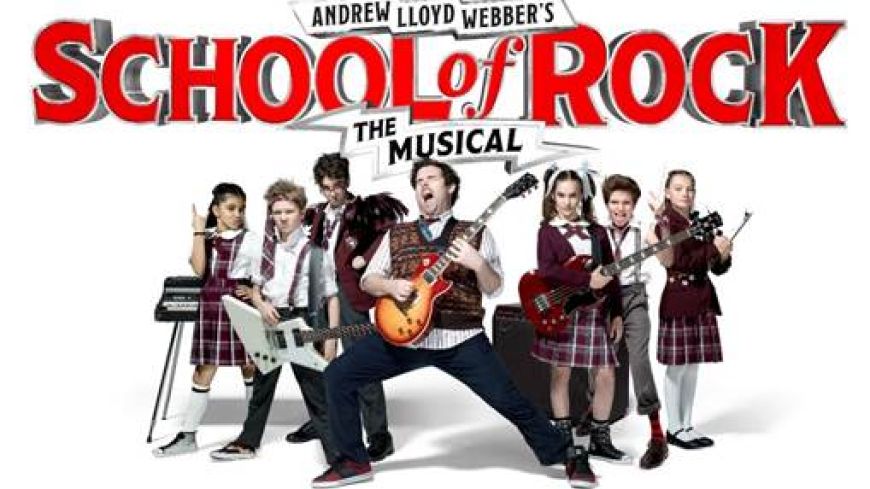 School of Rock - The Musical, Andrew Lloyd Webber’s smash hit, award-winning West End show, is coming to Scotland next year as part of a UK tour.

The production, which is based on the hilarious hit movie of the same name starring Jack Black will run at the King’s Theatre from Monday 8 until Saturday 13 March 2021 and at the Edinburgh Playhouse from Tuesday 23 until Saturday 27 March 2021. Tickets for both venues will go on sale 10am, Monday 9 March 2020.

The story follows Dewey Finn, a failed, wannabe rock star who decides to earn a few extra bucks by posing as a substitute teacher at a prestigious prep school. There he turns a class of straight-A students into a guitar shredding, bass-slapping, mind-blowing rock band – sensationally performed live by the production’s young actors every night with roof-raising energy!

Featuring 14 new songs from Andrew Lloyd Webber and all the original songs from the movie plus lyrics by Glenn Slater (The Little Mermaid, Sister Act), this high-octane smash delivers face melting guitar riffs and touching romance in equally awesome doses. School of Rock has a book by Julian Fellowes (creator, writer and executive producer for Downton Abbey), for which he received a Tony nomination.

The production opened at the New London Theatre (now the Gillian Lynne Theatre) in November 2016 to 5-star reviews and widespread critical acclaim. It went on to win the Olivier Award for Outstanding Achievement in Music. The Broadway production recently concluded its run at the Winter Garden Theatre with a US national touring production continuing. An Australian production opened at Her Majesty’s Theatre in Melbourne last October.

THE BAND ARE COMING TO SCOTLAND!

Casting for the Glasgow and Edinburgh tour dates is to be announced.